Buy Cameco for a "Nuclear Rebirth"

Winter is coming and Russia is threatening to cut off natural gas supplies to Europe, cautions Jon Markman, growth stock expert and editor of Pivotal Point.

The Canadian uranium producer holds the world's largest deposits of the heavy metal. Executives at the Saskatchewan-based company are strategically removing supply from the market in an effort to maximize the value of those assets.

Without uranium, the fissionable material used in all nuclear facilities, there's no power generation. During a conference call in February, CEO Tim Gitzel told analysts that since 2016, Cameco has removed 190 million pounds of uranium from the spot market.

Gitzel notes that the Netherlands, Poland, Estonia, Slovenia and Serbia are now studying their nuclear options. Also, the European Union has labeled nuclear power as a climate-friendly investment, giving ESG funds a green light to begin investing in the sector. 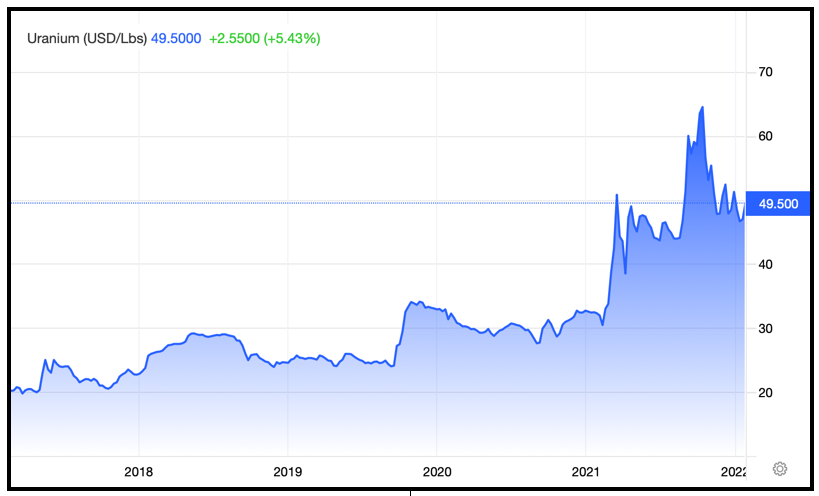 Icing that cake, Cameco is licensed to produce 53 million pounds annually. The stock trades at only 25.7 times forward earnings and 8.6 times sales. The current market capitalization is a modest $10.6 billion.

Prior to the war in Ukraine, the prospects for nuclear power seemed dim. Now, with colder months fast approaching and a Russian power play to choke off natural gas supplies to Europe, the power source is given new vigor.

Cameco is cornering the market for uranium, the key commodity at the center of the nuclear power rebirth. Longer-term investors should consider buying shares. As always, be sure to conduct your own due diligence.