The Bull vs. Bear Debate

Given how conflicted so many market participants seem to be, it is worthwhile to offer a brief rundown of the case to be made on each side of the market, bull vs. bear, suggests Monty Guild, money manager and editor of Guild Investment Management's Global Market Commentary.

Of course, much of the distinction is a matter of timing. If the bear case is correct, it will just be setting the stage for an attractive opportunity, likely later this year or in 2023.

When that opportunity will arise is the question. Is it now a time to buy, or a time to exercise patience, think about sector and industry strategy, and work on keeping a buy list up-to-date?

The Bull Case and Our Responses

Argument one: Inflation has peaked. On a year-over-year basis, this is true. Of course, inflation is as complex as the economy, and we pointed out last week that vast, economy-wide aggregated data can be deceiving; they can conceal significant and important variances among components of those data.

But from a larger perspective, we note that it was never about inflation “peaking.” We knew that inflation would peak and decline; our in-house real-world inflation gauge began to show it before the CPI data did. The Guild Basic Needs Index ticked up slightly in July, to 27.7% year-on-year — still significantly down from its peak.

But the point is that even taking the recent CPI at face value, it is a highly elevated level, and it shows that the Fed has considerable work yet to do. We also believe that while the peak may be behind us, long-term inflation significantly above the 21st century “low-flation” norm still looms ahead.

Argument two: The U.S. consumer is not in terrible shape. As we know, the consumer is the main driver of the economy, so this is important. This is true for now, and has likely enabled some consumer stocks to rally with the market. To our mind, though, the first cracks are visible in two areas. 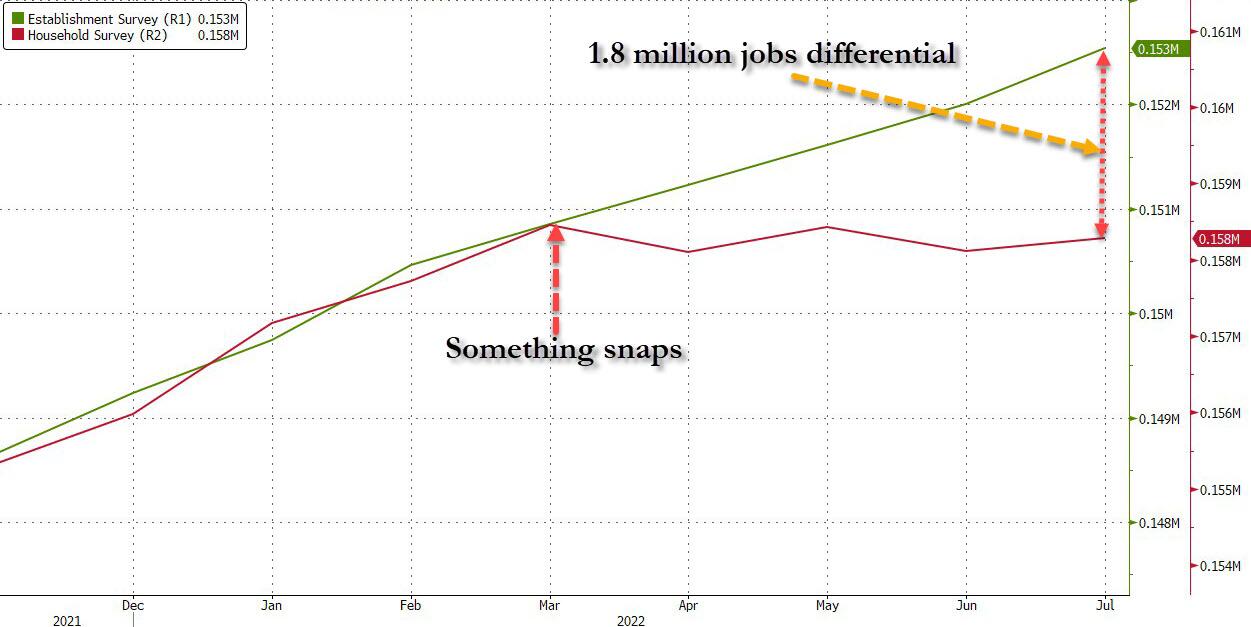 Further, as interest rates rise and the housing market retreats, that will reverse the pandemic “wealth effect” — and consumers may feel on shakier ground in short order.

Argument three: Some geopolitical risks have lessened. It is true that Russia’s war in Ukraine has more or less left the headlines and is no longer the “current thing” being pressed by mainstream media. It is true that tensions between Taiwan and China have, in the very short term, eased.

However, in both cases, there remains the prospect of a sudden change. Both the Russia and Taiwan situations are far from “resolved,” and a market which has decided not to price in any of this risk is, in our view, not being rational.

Argument four: The first half of 2022 saw enough corrective action. The S&P 500 bottomed about where it should have: $210 in earnings in 2023 at a 15 times forward multiple gave us 3600, which was the low; second-quarter results and guidance were not as bad as feared.

We would simply observe that while this may be true, it may also be true that the lows are retested as interest rates continue to rise, liquidity continues to be withdrawn, unemployment rises, home values decline, and the consumer begins to hurt more.

We noted several elements of the bear case in some of our comments above. To those, we’ll add a few more.

Nowadays, it is not simply food inflation, but the prospect of industrial collapse from shipments of fuel and goods that can’t make it up Europe’s waterways. (By the way, there is a cogent theory which sees Europe’s global economic dominance as being historically rooted in the trade enabled by its rivers.)

On top of that remains the threat of deeper Russian gas cuts and industrial shutdowns this coming winter. We also re-mind readers that the European banking system is “the sick man” of the global financial system. A deep recession in Europe will have ramifications elsewhere, and we have yet to see how the current crisis will be resolved.

Technicals and history: The last 43 bear-market rallies since 1929 saw an average of 17.2% gains in 39 trading days. This one was 17.4% in 41 trading days, making it a perfect textbook example of the genre.

The Fed: As we noted above, many more rate hikes may be needed, and balance sheet shrinkage is accelerating.

Looming elections: The market prefers political gridlock to aggressive ideologically driven agendas from either side. Such agendas could undermine the market’s confidence in the future

Seasonals:Finally, let’s not forget the old habitual trader’s wisdom: September is typically a difficult month, and there will be plenty of “excuses” for the market to seize on to make this year no different from the norm.

Investment Implications: We don’t believe this is the time to jump in. We think the larger signs are clear that there will be a better opportunity ahead later in the year. We recommend patience and working on your buy list.