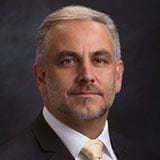 While we realize that there are plenty of itchy trigger fingers these days, with traders looking for any excuse to sell, we note that EPS at Nike grew sequentially even as the shoemaker’s gross margin shrank by a whopping 7 basis points. Of course, what troubled Wall Street analysts was that North American inventories rose 65%, due in large part of supply chain issues earlier in the year.

Certainly, Nike is not the only consumer-facing company to have this problem, but we would argue that plenty of bad news should have been in the price of the stock, considering that it began the year at $166 and change and was trading recently at $95 and change. Now, in the $83 range, Nike shares are looking a lot less expensive, even as the forward P/E ratio of 26 is still too rich for our taste.

That is especially true, when we consider the valuations of Foot Locker and Dick’s. We note that sales of Nike inventory at FL and DKS have been falling, with Nike merchandise representing 75% of total purchases in 2020 and 70% in 2021 for the former, and a decline from 21% in 2019 to just 17% in 2021 for the latter.

At Foot Locker, momentum has been building across other shoe labels like Adidas, Puma and New Balance, including an enhanced partnership deal with Adidas that has both firms believing sales of the brand will triple by 2025. We are excited to see what cards new CEO Mary Dillon has up her sleeve, and the single digit P/E multiple still has shares looking very inexpensive.

Foot Locker also announced in February that its Board approved a 33% increase in its quarterly dividend from $0.30 to $0.40, pushing the yield above 5% today, and authorized a new share repurchase program of $1.2 billion. The market capitalization is today $2.9 billion. Our Target Price for FL is now $56.

Despite the latest reaction, Dick’s shares have rallied more than a third since our initial recommendation three months ago. We continue to like that the company has materially improved its omnichannel execution, with digital sales rising to 21% of the total in 2021, while Dick’s has a differentiated set of offerings across brands, price points and categories.

We see multiple drivers for long-term growth, including national brands consolidating wholesale partners and appealing new store formats. And the shares had been on the move higher earlier this week, due in part to news that Peloton (PTON) will begin selling its exercise bikes at Dick’s.

Shares of DKS also trade for a single-digit forward P/E multiple and offer a dividend yield of 1.9%. Our Target Price is $131, though we wouldn’t blame those with larger positions should they opt to trim a bit of their stake, considering the massive outperformance of late relative to many other stocks.