Fresnillo: "A Cornucopia of Riches" 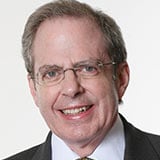 Silver is both a currency and a major industrial metal; it’s also one of the most undervalued metals, with the potential for exceptional gains, suggests Stephen Leeb, editor of The Complete Investor.

Several characteristics explain silver’s importance as a critical industrial metal. It’s the best conductor of both electricity and heat. Copper comes relatively close, and because it’s more abundant than silver, on a per-unit basis is considerably cheaper.

In a multitude of industrial applications that require heat and electricity to be conducted, copper will be the metal of choice. But there are many other applications — especially in electronics — in which only the best will do.

Virtually all computers and EV batteries require small amounts of silver. Meanwhile, the fastest-growing use for silver over the past decade has been in photovoltaics, making silver critical to the renewable energy transition.

Over the past couple of years, demand for the metal has exceeded supply, and aboveground inventories were needed to supply the shortfall. Clearly, that’s not a sustainable situation.

In addition, inflation, which debases paper currencies, is increasing demand for silver, though the paper markets for silver seemingly dramatically understate a level that will ensure growth or at least steady silver supplies.

Suffice it to say that silver has tremendous amount of room on the upside. We think it highly unlikely that over the next few years silver will not well surpass its previous high near $50.

In recent years the company has had production problems, which now have been largely surmounted. Given a reasonable price for silver, production should increase over the next several years.

Historically in bull runs for silver, stocks outperform the metal. Fresnillo could be lifesavers for investors in this intensely volatile market, a veritable cornucopia of riches if you’re willing to tolerate the intensity of the swings.