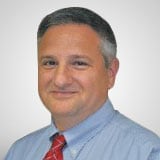 This is as good a time as any to make an optimistic call about the U.S. economy generally, and the financial markets, in particular — so with the broadest of brushstrokes, here’s how I see 2023 playing out, asserts John Bonnanzio, editor of Fidelity Monitor & Insight.

In the fourth quarter of 2022, S&P 500 earnings are expected to slow dramatically to -2.8% on a year-over-year basis. Still, FactSet’s survey of Wall Street analysts is calling for corporate earnings to achieve an annual growth rate of 5.1% for 2022.

Though that’s below the 10-year average of 8.5% (2012 to 2021), it’s still pretty strong considering that the economy faced considerable headwinds.

While Mr. Powell and his fellow central bankers were late to respond to the earliest signs of inflation, the good news is that the Fed is now on the offensive. While the PCE rose 5.5% on a year-over-year basis, November was its fifth consecutive month of declines, suggesting that inflation has peaked.

Meanwhile, in the “bad news may be good news department,” the Labor Department said that unemployment claims have risen to a 10-month high of 1.7 million.

That also suggests that the Fed’s rate hikes have been cooling the economy, which should lead to a slowdown in wage growth and ultimately a more tempered approach to tightening in 2023. Lest one forget, in December, the Fed raised rates 0.50%, which was less than each of its prior four hikes of 0.75%.

What’s in store this year? According to the Fed, it’s not done. With rates currently in a range of 4.25% to 4.50%, it has signaled its intent to raise interest rates another 75 to 100 basis points (from 5.00% to 5.50%). And, of course, it will go further if inflation pressures reaccelerate which, as already noted, doesn’t seem likely.

Now let’s talk about economic growth. Last year’s first two quarters saw the U.S. economy (as measured by GDP) contract -1.6% and -0.6%, respectively. However, the third quarter rebounded sharply with growth of 3.2%. The fourth quarter, says Atlanta’s Federal Reserve Bank, should be even stronger: up 3.7%.

Once again, that’s the good news. The bad news is that optimism could evaporate in 2023. Though economists’ GDP forecasts always vary widely, most see unemployment rising this year as a consequence of Fed tightening, and more than a few see a replay of 2022 with recession early-on followed by an equally shallow recovery in the second half.

If that comes to pass, one can reasonably argue that the stock market baked that into share prices in December as the S&P 500 retreated over 5% and the Nasdaq Composite dropped nearly 9%. Suffice to say, a combination of slower GDP growth restrained by still-higher interest rates conspired in December to drive the S&P 500 back to early November levels. In other words, the “good news” is already baked into stocks.

How to proceed? For starters, we have never been market-timers. In 35-plus years of navigating our way through multiple bear markets, we have always stuck to that core investment value, and have ultimately been rewarded for our patience. (The key to long-term investment success, we have long argued, is investing in accordance with one’s risk tolerance.)

Let’s remember that stock investors are anticipatory. To that end, I expect to see share prices starting to rebound even as the headlines stoke fear that the recession may worsen into a depression, or something equally worrisome.

It will not. Long-term investors will look to the accompanying chart and realize that stocks have become less expensive on a forward basis because earnings growth is poised to improve later in the year. Indeed, if one waits for that news to become reality, the likelihood of enjoying the year’s biggest move up will have been lost. To repeat, don’t time this market. Better days are ahead.