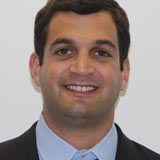 After dismal third quarter earnings results, shares of Palo Alto Networks, Inc. (PANW) fell more than 12% and the stock is trading for less than $130 a share.

Although earnings-per-share was in line with Wall Street expectations, sales and billings came in above expectations.

This was the first quarter in five that EPS dipped below triple-digit growth and the first in eight that sales haven’t grown by at least 50%.

Palo Alto issued guidance for the current quarter implying that there has been a slowdown in the multi-year security spending cycle.

Remains Favorable on the Industry Leader

We reiterate our favorable rating on PANW following mixed third quarter results, which were impacted by macroeconomic factors, geographic weakness, and an ongoing shift to subscription services. During the quarter, revenue beat expectations by less than prior quarters, with a bulk of the difference coming from the Asia-Pacific region.

Palo Alto generated more revenue than expected from its services business as subscription signings and renewals beat expectations, but revenue from its product segment came in below expectations.

Management said the numbers were also impacted by increasing seasonality. We view the product revenue slowdown as a concern since the bulk of subscriptions (Threat, URL, Wildfire, Global Protect) are attached to new or existing appliances, with the smaller emerging subscriptions (Autofocus, Aperture, Traps, VM series) that are un-attached.

The company maintained a low-60% growth on subscriptions and this was boosted by a longer dollar duration.

Guidance issued for the current quarter was not surprising and there was no change to the company’s long-term margins. With management echoing issues cited by competitors, specifically the longer sales cycle and worse linearity, going forward we expect to see Palo Alto generate more revenue from services, not products.

Despite a mixed quarter, revenue still grew more than 45%, which is about 3x higher than the still-elevated level of the network security industry.

PANW is trading below its 20, 50, and 150-day moving average and momentum is trending toward oversold territory. We would be buyers at current levels as we expect Palo Alto to be an industry leader for years to come.