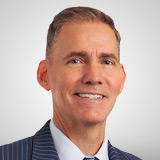 Park Hotels is the second-largest publicly traded lodging REIT, with a diverse portfolio of 54 premium-branded hotels and resorts with significant underlying real estate value and over 32,000 rooms, primarily in key U.S. markets with high barriers to entry.

Last month, the company completed the sale of the joint venture Hilton Berlin in Germany, with Park's share approximately $140 million.

It was the 13th hotel Park has sold this year and the 10th international market property, as Park recycles capital out of non-core assets and reduces exposure to non-U.S. markets and joint venture interests. Park now has ownership in four hotels outside the U.S.

Park has an attractive and well-covered dividend and will issue a special cash dividend of $0.45 per share next month (totaling about $90 million), from the sale of the Berlin property. Park represents one of the best lodging REITs, especially given the association with Hilton.