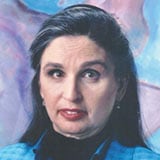 Its fastest growth is in electronic and semiconductor chip making. This is a wide-moat business. Its modest healthcare arm became profitable for the first time to the tune of £36 million in the last fiscal year. It makes measurement for fine-tolerance dentures.

It is working on a robot with software to deliver a Parkinson's disease drug and another for epileptics, now in trials in Sweden and Finland. Its healthcare robots and software got US approvals in the fiscal year.

By region the levels were comparable this time in order of size: Far East +19%; Europe +17%; Americas +19%; and Britain and Ireland +11%. (There is a small rest of the world amount of about 3% of sales.) It was hurt by sterling's weakness against the yen and the dollar but made up for it with the pound's strength against the euro.

As manufacturing becomes more complex employees become less skilled, tolerances have to be checked by measurement requiring less skill, and more automation and robotics. There is still time to buy more of this a UK technology leader with a global reach.