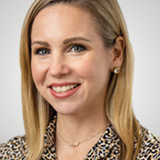 The fear of heating inflation and higher interest rates that fueled investor worries in the early months of 2018 as tax cuts were put into place have long been forgotten, explains Lindsey Bell, an analyst with CFRA Research.

Instead the opposite conditions are being analyzed on Wall Street. The Federal Reserve Board helped fuel this scenario on Wednesday, June 19, as it signaled a more dovish tone to markets by reducing its inflation expectations and stating that the case for interest rate cuts has strengthened.

The committee’s dot plot for interest rate expectations, however, shows no change to interest rates in 2019, but does price in a 50- basis point (bps) reduction in 2020.

The most recent reading on core PCE, the Fed’s preferred inflation gauge, stood at 1.6% in April, below the Fed’s 2% target rate. A low-inflation, strong-dollar environment isn’t the best backdrop to invest in gold.

A perceived slowing economic environment with increased risks, on the other hand, can be a good time to gain some exposure to the rare metal. In fact, gold ended Wednesday higher as the Fed painted a picture of that type of situation.

Gold has historically been a pocket of strength in periods where uncertainty increases sharply. For example, from September 28 to February 20, gold advanced 13.7%, while the S&P 500 declined 4.4%.

Despite the S&P 500’s solid year-to-date performance, gold has once again begun to display increased strength versus equities. Since the start of May, when trade talks between China and the U.S. broke down and the risk of tariffs on Mexico surfaced, gold has outperformed the S&P 500 by 470 bps.

Daily prices going back to 1990 show that the median relative price of gold versus stocks (the level of the price of an ounce of gold divided by the S&P 500) was 0.57, putting equities in favor more often than gold.

While the relative strength has experienced ups and downs over time, stocks have primarily been favored over gold since 2014. The trend can partly be attributed to longstanding easy money policies across the globe, making risk assets more attractive than a commodity, like gold, that represents a store of value.

Recent strength in gold is noteworthy, but the potential for continued upside will depend on the trajectory of global growth expectations over the next twelve months, more than any of the other key drivers of gold prices.

There are signs of slowing growth abroad with the global manufacturing PMI for May falling to its weakest level since 2012. Economic data from China are showing signs of weakness and the ECB is contemplating cutting rates this year to combat low inflation as economic growth in Europe remains subdued.

Oil price action amid geopolitical conflict in the Middle East also seems to price in slower growth expectations. Policy on trade between China and the U.S. will likely be the key determinant as to which direction global growth moves from here.

If a deal between the two countries is completed sooner rather than later, equities are likely to be a better bet. However, if you believe trade discussions could continue to be a drawn-out process with the potential to escalate further and weigh on global growth, then some exposure to gold would be a good way to reduce risk in a portfolio.

Gold is the asset class that has historically performed best in recessions. While we do not see a recession on the horizon in the near term, gold is viewed as a safe haven and investors flock to gold in weak periods.

Part of the reason for this is its low correlation to other asset classes. The Bloomberg Commodity Index is the index that gold is most correlated to.  In a downturn, the two are 40% correlated because gold represents more than 12% of the index and is the commodity with the largest exposure in the index.

The correlation between U.S. and global equities is the highest, making it hard to hide out in stocks in other parts of the world in a slowdown.

CFRA Research views gold as a smart and defensive way to diversify a portfolio in the later innings of a bull market for which uncertainties have increased (per the Federal Reserve Board).

Even if a Fed rate cut is in the cards and fuels stock upside in the short term, that would be a negative long-term sign for economic growth. Exposure to gold would help reduce portfolio risk.

Gold Sets a Low According to Gann Calendar
7 hours ago

Jeff Greenblatt has highlighted a potential major low in gold based on Gann calculations....

Why are precious metals moving? It is not just nervousness about the pandemic, although that is clea...

Precious metals have recently hit yet another all-time high as investors up their stakes in safe hav...