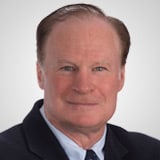 It seems smart to have some exposure to India, the fastest growing major economy in the world, explains Carl Delfeld, a leading expert on emerging markets and editor of Cabot Global Stocks Explorer.

Amazon (AMZN) has invested close to $4.7 billion in building its e-commerce operations in India. It made an entry in this region in 2013 and has built a strong delivery network. It is also heavily investing in Amazon Pay, the digital wallet platform.

Our new recommendation — MakeMyTrip Limited (MMYT) — seems the best-positioned company to capitalize on all these favorable trends.

Founded in 2000 to serve the travel needs of the U.S.-based Indian community, MakeMyTrip has evolved into a leading travel company as India evolves into a digital marketplace by providing a comprehensive range of travel and travel-related services.

MakeMyTrip has made key acquisitions and strategic partnerships and its strong balance sheet should allow it to continue expanding its dominant market share. One key alliance is with Ctrip (CTRP), China’s largest online travel group.

In 2016, Shanghai-based Ctrip invested about $180 million in MakeMyTrip, gaining it one board seat. Ctrip recently announced that it intends to raise its position in MakeMyTrip to 49% in a share swap deal with Naspers. Ctrip wanted even more shares but decided to stay under the 50% threshold to avoid regulatory scrutiny and political issues.

MakeMyTrip also has a 43% a year compound annual growth in gross merchandise value processed during the past few years but is not yet profitable.

India’s economy is growing at a 7% clip — a bit faster than China’s — and its population is on a path to surpass China as the world’s most populous country sometime in the next decade. Travel and tourism is the nation’s third largest foreign exchange earner contributing almost 10% of GDP and 8% of total employment.

And as discretionary incomes and GDP per capita in India continue to trend upwards, these numbers and MakeMyTrip’s potential earnings and profits will also grow.

Summing up this huge opportunity, industry experts forecast that India will become the third largest aviation market by 2022 and there are plans to double the number of operational airports over the next 20 years. We currently recommend buying half of our anticipated position in the stock.

European bourses are seeing an upbeat start to the week, boosted by a strong close on Wall Street on...

European bourses are starting the week on the back foot with the FTSE leading the charge lower, stat...

The lackluster finish on Wall Street (expect tech) has followed through into Europe, which points to...

The denial of deflation. This recent headline from Bloomberg made my eyes come out on stalks:...