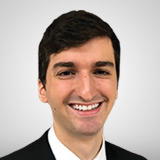 These are terrible times for the world and the stock market. The fallout from the pandemic has led to record levels of unemployment, market halts and an overwhelming economic crisis that is likely only in its early phases, explains Faris Sleem, editor of The Bowser Report.

While this current market state is quite different from the 2008 economic collapse, there are some similarities. One thing that resulted from both declines is opportunity.

In the April 2009 monthly issue, Max Bowser — our newsletter's founder — conducted an experiment based on a theory he had for oversold stocks trading on the New York Stock Exchange (NYSE). The experiment was to buy shares of ten stocks on the NYSE that had fallen under $1/share.

The premise was that since there are such strict listing guidelines for the NYSE, once the economy recovered, the stocks would increase in value. Max’s theory proved correct, and the “Terrible Ten” yielded tremendous profits. Considering the opportunity in the market now, we’ve decided to rerun the experiment.

Max Bowser’s 2009 Terrible Ten experiment worked well. As a result, we are following the same line of logic. However, before we jump into the next generation, let’s review the results of the last experiment.

Out of the 2009 Terrible Ten, only one stock fell 50% before doubling, and the rest worked their way back up. Many of these companies executed reverse splits, were acquired or had plenty of difficulties along the way.

Below is a chart of the maximum Bowser return for each security except GFG (Guaranty Financial), which eventually went out of business: 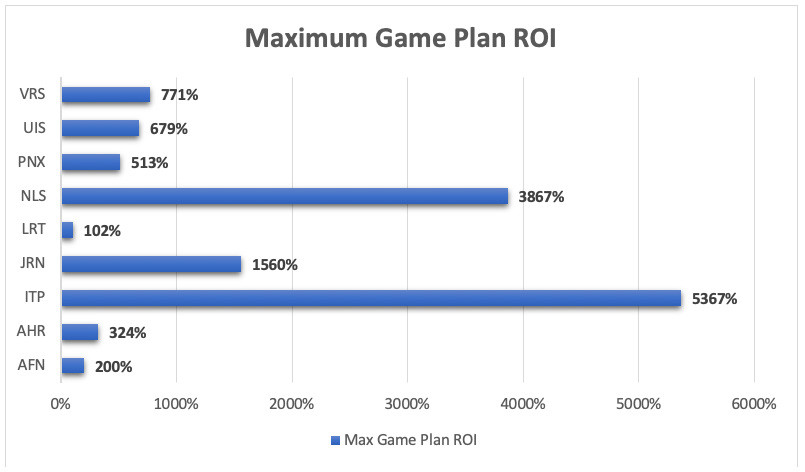 The chart shows the maximum return on investment assuming you followed the Game Plan. There’s a similar chance of capitalizing on the current market weakness by revisiting this simple yet effective investment strategy.

Picking ten stocks that have sold off with the markets is different from our usual selection process. Right now there are 88 stocks on the NYSE under $1. We only considered those with sales of $1 billion or higher, with the exception of UAN and MUX based on their history of strong sales. The result is 25 stocks, which we narrowed to the following 10: 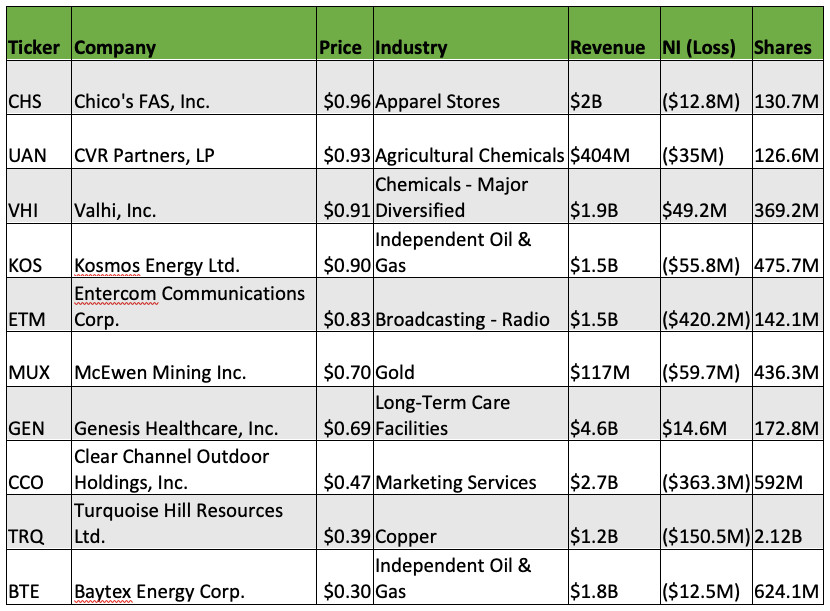 Most of these companies would not meet our strict investment criteria — they have higher share counts and most are losing money. They are highly speculative investments and should be treated as such.

To mitigate some of the risk, we recommend reducing your typical holding size. Avoid playing favorites and allocate your cash evenly as you would.

Once your portfolio is established, follow a selling plan: sell half of the stock after it doubles and the remainder when it drops 25% from the high; sell all shares if it drops 50% without doubling. While all of the stocks trade under $1, they have a wide range of share price. (Editor's note: Chico's FAS has risen above the $1 level in recent trading.)

The key is to diversify equally across your portfolio. First decide on the amount of cash you’re willing to dedicate to this speculative portfolio, then divide it equally across the ten securities.

Although this market weakness is quite different from the 2008 financial collapse and likely still in its early stages, it still presents an undeniable buying opportunity.

The strategy above is primarily based on share price and making sure that the companies are well-established with regard to listing status and total sales. Stocks that trade on the NYSE are likely to attract institutional investors if they can form a base and demonstrate undervaluation. Let’s see if Max Bowser’s strategy works in today’s crazy and vastly different market conditions!

DISCLAIMER: The 2020 Terrible Ten is a highly speculative experiment. Only those with a high risk tolerance and the capital to do so should participate.

GM Shifts Into Electric and Autonomous Vehicles
14 hours ago

The ABCs of Alphabet's Legal Woes
14 hours ago

I’ve never been much of a baseball guy. Football has always been my number one sport—bot...