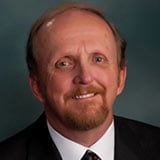 We have recommended Hecla Mining several times, and it has been a profitable investment for our subscribers. Our last recommendation was in the July 2013 issue at $2.67. It more than doubled to a high of $7.20 (+170%). With the price falling near our previous recommendation, we have decided to issue another buy.

Insiders own about 2% of the 400 million shares outstanding, and 262 institutions own 62% of the float (shares in public hands). For the quarter ended June 30, 2018, the top ten institutions bought 5.3 million more shares than they sold.

Hecla Mining has a good balance sheet with $247 million ($0.62 per share) in cash, a book value of $3.73 per share and a large debt of $546 million. Negative factors include the price has been trending downward and debt is high, but that’s pretty standard in that industry.

Expectations for capital investment in 2018 have increased to $140-$145 million from $95-$105 million, reflecting approximately $20 million of investments to be made in the Nevada operations, including $11 million for Fire Creek development and definition drilling, $5 million for the new tailings facility at the Midas mill, and $2 million for completion of the CIL (Carbon-In-Leach) plant.

The remaining change in capital estimates is due to the re-allocation of $10 million of costs relating to the Remote Vein Miner that is now being assembled in Sweden and is no longer a Research and Development expense and an additional $4 million of capital spending at each of Greens Creek and San Sebastian.

We’ve seen some nice profits in the past by recommending quality, mid-major mining companies selling near their low, like Hecla Mining. If the company continues to grow its revenues and earnings, it has the potential to move at least 50% over the next couple of years.

Risk Assets Across the Board Retreated Overnight
3 hours ago