EUR/USD Pairing: September Could Be Bullish or Bearish 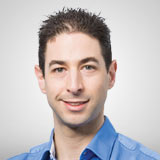 If July saw the European Central Bank dithering over whether and how much to raise interest rates, the looming threat of recession seems to have eliminated any dissention over the need for more hikes, says Justin Grossbard, founder, CompareForexBrokers.com.

The short-term technical outlook for the EUR/USD has turned bearish, however, this may be due to other currency pairs’ ongoing challenges more than a true stabilization.

Beyond the possibility of stagflation across the Eurozone and market jitters in the face of a long winter without Russian gas, disappointing factory order data released earlier this week has done nothing to inspire confidence in the euro.

Selloffs that began late last week continued after the Deutsche Bundesbank reported that shipments, inventories, and new orders decreased by 1.1% month-on-month. Meanwhile, the dollar gained strength on the back of mixed results. Factory orders in Europe were down, however, demand for services increases exceeded estimates, buoying the dollar to a cycle high of 110.55.

Markets have already taken into account the 75 basis point interest rate hike, which means that ECB President Christine Lagarde will need to execute swift and decisive action to combat stagflation and shore up the broader European economy to reassure markets.

While the EUR/USD rates dropped to a new low of for 2022 0.9877 on Monday, they’ve since rallied and appear poised to maintain an upward trajectory with a boost from the ECB. Rates had held steady at 0.9900, and settled at 0.9907 by the end of the day Tuesday in Europe.

If Lagarde's announcement inspires confidence that Europe has what it takes to muscle through manufacturing slowdowns and diminished consumer demand due to rising energy prices. In that case, look for sustained market movement over 0.9925, which would indicate demand for euros and push the currency closer to parity with the dollar.

On the other hand, sustained movement below 0.9925 could erase the gains of the last few days and push the euro to a new yearly low.