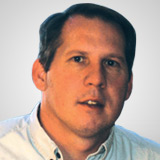 With continued large scale shutdowns related to the Coronavirus expanding over the weekend, the Federal Reserve announced a100-basis-point cut in its Fed Funds to a 0-0.25% target, reports Dan Collins.

In an unprecedented Sunday afternoon press release, the Federal Reserve announced that it would cut its Fed Funds interest rate by 100 bases points, moving it to a zero-bound target (see complete text of announcement below). The Fed previously move the Fed Funds rate to zero following the 2008 credit crisis. The Fed allowed rates to remain zero-bound for more than seven years and only began a slow tightening in 2015, seven years into the current recovery.

In its announcement, the Fed made a point to note that the underlying economy was on “strong footing” as we began restricting activities due to the Coronavirus outbreak. The Sunday move came out as a number of States announced broad measures closing businesses to restrict the growth of the virus. The Fed earlier on Sunday announced— in coordination with the Bank of Canada, Bank of England, Bank of Japan, European Central Bank and the Swiss National Bank — a coordinated action to enhance the provision of liquidity via the standing U.S. dollar liquidity swap line arrangements (see text below). In addition to this the Fed announced that it has taken action to promote the flow of credit to businesses and households (see text below).

This all comes after the Fed announced emergency liquidity measures including an addition of $1.5 trillion into the credit markets on Friday.

The coronavirus outbreak has harmed communities and disrupted economic activity in many countries, including the United States. Global financial conditions have also been significantly affected. Available economic data show that the U.S. economy came into this challenging period on a strong footing. Information received since the Federal Open Market Committee met in January indicates that the labor market remained strong through February and economic activity rose at a moderate rate. Job gains have been solid, on average, in recent months, and the unemployment rate has remained low. Although household spending rose at a moderate pace, business fixed investment and exports remained weak. More recently, the energy sector has come under stress. On a 12‑month basis, overall inflation and inflation for items other than food and energy are running below 2 percent. Market-based measures of inflation compensation have declined; survey-based measures of longer-term inflation expectations are little changed.

Consistent with its statutory mandate, the Committee seeks to foster maximum employment and price stability. The effects of the coronavirus will weigh on economic activity in the near term and pose risks to the economic outlook. In light of these developments, the Committee decided to lower the target range for the federal funds rate to 0 to 1/4 percent. The Committee expects to maintain this target range until it is confident that the economy has weathered recent events and is on track to achieve its maximum employment and price stability goals. This action will help support economic activity, strong labor market conditions, and inflation returning to the Committee's symmetric 2 percent objective.

The Committee will continue to monitor the implications of incoming information for the economic outlook, including information related to public health, as well as global developments and muted inflation pressures, and will use its tools and act as appropriate to support the economy. In determining the timing and size of future adjustments to the stance of monetary policy, the Committee will assess realized and expected economic conditions relative to its maximum employment objective and its symmetric 2 percent inflation objective. This assessment will take into account a wide range of information, including measures of labor market conditions, indicators of inflation pressures and inflation expectations, and readings on financial and international developments.

Voting for the monetary policy action were Jerome H. Powell, Chair; John C. Williams, Vice Chair; Michelle W. Bowman; Lael Brainard; Richard H. Clarida; Patrick Harker; Robert S. Kaplan; Neel Kashkari; and Randal K. Quarles. Voting against this action was Loretta J. Mester, who was fully supportive of all of the actions taken to promote the smooth functioning of markets and the flow of credit to households and businesses but preferred to reduce the target range for the federal funds rate to 1/2 to 3/4 percent at this meeting.

The Bank of Canada, the Bank of England, the Bank of Japan, the European Central Bank, the Federal Reserve, and the Swiss National Bank are today announcing a coordinated action to enhance the provision of liquidity via the standing U.S. dollar liquidity swap line arrangements.

These central banks have agreed to lower the pricing on the standing U.S. dollar liquidity swap arrangements by 25 basis points, so that the new rate will be the U.S. dollar overnight index swap (OIS) rate plus 25 basis points. To increase the swap lines' effectiveness in providing term liquidity, the foreign central banks with regular U.S. dollar liquidity operations have also agreed to begin offering U.S. dollars weekly in each jurisdiction with an 84-day maturity, in addition to the 1-week maturity operations currently offered. These changes will take effect with the next scheduled operations during the week of March 16.1 The new pricing and maturity offerings will remain in place as long as appropriate to support the smooth functioning of U.S. dollar funding markets.

The swap lines are available standing facilities and serve as an important liquidity backstop to ease strains in global funding markets, thereby helping to mitigate the effects of such strains on the supply of credit to households and businesses, both domestically and abroad.

Federal Reserve lending to depository institutions (the "discount window") plays an important role in supporting the liquidity and stability of the banking system and the effective implementation of monetary policy. By providing ready access to funding, the discount window helps depository institutions manage their liquidity risks efficiently and avoid actions that have negative consequences for their customers, such as withdrawing credit during times of market stress. Thus, the discount window supports the smooth flow of credit to households and businesses. Providing liquidity in this way is one of the original purposes of the Federal Reserve System and other central banks around the world.

The availability of intraday credit from the Federal Reserve supports the smooth functioning of payment systems and the settlement and clearing of transactions across a range of credit markets. The Federal Reserve encourages depository institutions to utilize intraday credit extended by Reserve Banks, on both a collateralized and uncollateralized basis, to support the provision of liquidity to households and businesses and the general smooth functioning of payment systems.

The Federal Reserve is encouraging banks to use their capital and liquidity buffers as they lend to households and businesses who are affected by the coronavirus.

In light of the shift to an ample reserves regime, the Board has reduced reserve requirement ratios to zero percent effective on March 26, the beginning of the next reserve maintenance period. This action eliminates reserve requirements for thousands of depository institutions and will help to support lending to households and businesses.