China Rally Should Boost These Miners 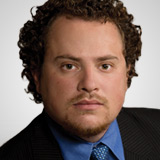 The popular media is ignoring the World Trade Organization case against China for restricting exports of critical materials, a reduction that will have a significant impact on the global economy.

While announcing cutbacks on exports, China has continued to announce new infrastructure plans, stockpiling these critical materials for their own domestic demand. China is the world's biggest supplier, but their own economy has grown to a point where they may become the largest consumer of these materials.

Now we learn that China’s exports are very strong, even with a rising yuan. Risk assets such as the rare earths miners and uranium miners should rally on this news, as the investment community realizes that China is far from a hard landing—and may, in fact, be in the midst of a powerful recovery.

Exports have jumped to seven-month highs, despite the debt issues in Europe and the United States, which may be a spark for the undervalued junior miners, which have been in a downtrend for close to two years.

These critical metals are not only crucial for iPads and smartphones, but also for our top secret, most advanced weaponry. Looking for substitutes for rare earths has proven to be a poor return on investment for 50 years, as we have found that the chemical characteristics of rare earths are inimitable.

Actions over the past few years by Central Banks could be starting an inflationary cycle, which could boost the undervalued commodities such as uranium and industrial/strategic metals.

China continues to control the rare earth industry despite attempts from companies like Molycorp (MCP) and Lynas (LYSCF) to begin production. Both companies have been plagued by delays and obstacles. But once they work out their issues, they should both be able to supply a large amount of light rare earths. The disappointing performance in these two equities has hurt the entire sector.

For decades, the world has been relying on cheap rare earths from China. Nevertheless, this will change rapidly over the next few years. The Chinese are especially short on the critical rare earths needed for permanent magnets, wind turbines, guided missiles, and lighting, as they are building their own facilities to manufacture these finished products.

In 2011 and 2012, as QE2 expired and the US and European debt crisis intensified, prices in the entire industrial metal sector fell. However, we may be at a turning point for the undervalued rare earth and uranium miners, as China leads a rebound.

China's decreasing rare earth exports, combined with declining production and rapidly depleting heavy rare earth resources, could cause an even greater supply shortfall in 2013. China is consolidating the rare earth industry and cutting down on critical metal smuggling. This will help the Chinese have greater control of their own domestic production.

These rare metals are vital for our latest high-tech devices, and there are only a few viable companies that can get into production in a timely manner.

In the rare earth mining sector, geopolitical support and infrastructure is crucial. In the uranium space, rising geopolitical tensions in Africa and the Middle East with Al-Qaeda could cause increased interest in junior uranium developers in the Western Hemisphere.

Two ways of investing in these sectors are through the Rare Earth ETF (REMX) and the Uranium Miners ETF (URA). Both of these metals are critical for China's clean energy initiatives and Middle Eastern energy independence. The ETFs were poor performers in 2012 as fears of a slowdown in China increased. Now, they may represent bottoming situations.

How to Play China's Rural Rise

Spin-off Will Boost Value at Osisko Gold
6 hours ago

Osisko Gold Royalties (OR) has announced plans to split the company, with the royalties staying in O...

OPEC Plus says it will do what is necessary to balance the global oil market but stopped short of ma...

Oil prices are on the decline as reports of more oil from Libya offset the market's issues in the af...