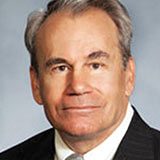 Picking stocks is good for traders, but investors need to be able to build a portfolio of good stocks, which is best accomplished when you have a simple, solid system in place, writes J. Royden Ward of Cabot Benjamin Graham Value Letter.

As a value investor, I shy away from jumping in and out of the stock market. But after getting hit hard by extended stock-market swoons, I decided it was time to develop a system to protect my gains and reduce my losses.

I needed a simple system to tell me when to buy and when to sell. My solution: estimate undervalue and overvalue ranges for the Dow Jones Industrial Average.

I was signaled most recently on August 9, 2011, when the Dow Jones Industrial Average dropped below my undervalue level of 10,711. At this time, I advised my subscribers to become fully invested in stocks, because the market was clearly undervalued. That was a pretty good call. In those six months, the Dow climbed 20%, and other indexes climbed even more!

Beginner's luck? I don't think so, because it was the third time I received a good signal from my system. So I'll pay close attention to the Dow during the next few weeks to see if I receive a clear signal to shrink our stock allocation to reduce risk, even though the market appears to be headed a lot higher.

According to Zacks Investment Research (www.zacks.com): "Earnings estimate revisions are the most powerful force impacting stock prices. The Zacks Rank takes advantage of changes in estimates to help investors become more profitable. Since 1988, a portfolio constructed of Zacks #1 Ranked stocks has generated an average annual return of 26%."

Zacks lists over 200 stocks with #1 rankings, so I reduce the list by finding which Zacks top-ranked stocks are also ranked high by an earnings momentum measure. Investor's Business Daily has a ranking system to measure earnings momentum.

According to an independent study of more than 50 leading strategies by the American Association of Individual Investors (AAII) from January 1998 through December 2010, the IBD system gained 2,487% compared to a gain of just 30% for the Standard & Poor's 500 Index. The IBD system is based on earnings momentum, stock price momentum, and other factors.

Using two systems to find stocks doesn't work unless the systems are complimentary. Zacks and IBD are complimentary, and when both are used the results can be extraordinary. Find stocks that are top-ranked in both systems, and buy them!

On 14 occasions during the past seven years, I found stocks that were rated high by Zacks and IBD. Even though I stayed fully invested during the seven years, and I picked fairly conservative stocks, the performance results have been excellent.

The company's revolutionary iPod digital music player, iTunes online music store, and iPhone helped sales to increase 33% per year during the past five years, while earnings per share surged 70% per year during the same period. Apple has a unique ability to identify what customers want, produce easy-to-use products, and launch unique marketing campaigns to create demand.

Zacks awards Apple with its highest #1 Rank, and IBD ranks Apple with a 98 (99 is best) Composite Rating and a 99 Earnings per Share Rating. Clearly, Apple has been exceeding most investors' expectations.

Sales soared 49% and EPS catapulted 96% during the past 12 months, aided by the success of Apple's iPad tablet computer and new iPhone 4S. In addition to gaining market share in the computer, smartphone, and tablet sectors, new product launches, such as a new iPad upgrade, will keep Apple ahead of the competition. Steve Jobs will be missed, but the company's strong management team and innovative spirit will continue to drive performance.

Apple's sales and earnings slowed a tad during the quarter ended September 30, because smartphone buyers held off making purchases until the new iPhone 4S was launched on October 14. Consumers gobbled up four million new iPhone 4S smartphones during the first weekend, a record for any phone! The highly successful launch led to record sales and profits in the quarter ending December 31, and sent AAPL's stock price soaring.

I believe history will repeat itself. Potential iPad buyers are delaying purchases until the new iPad is introduced in March or April 2012. The delay in iPad purchases will cause Apple's sales and earnings to slow in the current quarter, which will cause some investors to sell when Apple reports weaker than expected financial results in April.

If investors sell in April, an excellent buying opportunity will arise below $450. AAPL shares will then likely advance to our Sell Target of $742 within the next two to three years.

Any stock price above $100 sounds high, but Apple shares sell at only 13 times our forward 12-month earnings per share estimate, which is a bargain! Buy AAPL in April. AAPL pays no dividend and is very low risk.

Sales and earnings keep rolling along for this fast-growing coffee powerhouse. Sales jumped 104% and EPS soared 176% during the 12-month period ended December 31.

The company expanded production and added coffee brands through acquisitions and new agreements with other coffee producers. Green Mountain also greatly expanded its marketing to supermarkets, convenience and specialty stores, hotels and restaurants, colleges, and offices of all sizes.

Rapid expansion has strained Green Mountain's balance sheet with increased debt, but strong cash flow and some restraint on spending during the last quarter reduced debt by 15%.

We expect sales and earnings to increase 44% or more in 2012. The company will greatly enlarge its production facilities in Vermont, Virginia, and Montreal to meet demand. The new agreements with Dunkin' Donuts (DNKN) and Starbucks (SBUX) and recent acquisitions could easily propel earnings considerably higher than forecast.

Green Mountain's stock price rose rapidly until last fall when the shares fell precipitously. Investor fears that the company was expanding too rapidly and losing market share were unfounded, in my view. The reduced stock price, at 26.8 times our forward 12-month EPS estimate of 2.60, is clearly undervalued.

GMCR pays no dividend and is medium risk. Buy now.

The Right Funds for This Environment
Spare Some Sympathy for Apple
Dividend Stocks: Buoyant or Bubble?