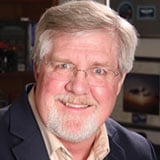 Although the rate of growth has slowed, renewable energy facilities are on a growth trajectory. A more moderate pace will allow the industry to better sustain growth over an extended number of years, asserts Tim Plaehn, income expert and editor of The Dividend Hunter.

New solar and wind energy sources will continue to be developed at a steady pace. Longer term, there are forecasts for continue growth in renewable energy sources through 2050.

After a renewable energy project is up and running, the generated power is typically sold through long term contracts. This ensures the project will generate a return on the capital invested.

Developers of renewable energy projects use high-yield business structures as the final owners of the projects. The pass-through renewable energy companies provide the capital for development and investors receive attractive dividend streams.

There are a handful of public companies that focus on owning renewable energy assets and paying attractive dividends to investors. Here are three to consider.

NRG Yield (NYLD) owns a nationally diverse portfolio of conventional, solar, thermal, wind, and natural gas electricity production assets. The company was spun out in 2012 by NRG Energy (NRG), a regulated electric utility company. Renewable energy assets developed by NRG were sold to NYLD to support the growth of NYLD.

Currently, the controlling sponsor interest in NYLD is being acquired by Global Infrastructure Partners. Along with control of NYLD, Global Infrastructure will purchase NRG Renewables 6.4 GW project backlog. This means the NYLD double digit per year dividend growth story will continue. The shares yield 6.5%.

The pellets are sold on long term contracts to companies in the UK and Europe where they are burned to produce electricity.

Enviva owns six processing plants that can produce three million metric tons of pellets per year. The company also owns the marine terminals used to export pellets. Enviva has increased its distribution every quarter over the three years since its IPO. EVA currently yields 8.2%.

Pattern Energy Group (PEGI) owns and operates wind and solar power generating assets in the U.S., Canada and Japan. The company currently owns 25 facilities that can generate 2,862 MW of power. There are nine projects in the development pipeline.

A separate company, Pattern Development constructs new projects, puts them on long term power purchase contracts, and then transfers the assets to PEGI.

Pattern Energy Group has an ownership stake in Pattern Development, so it also participates in the capital gains of development. The current dividend rate has been flat for several quarters, but management expects to resume distribution growth in 2019. PEGI yields 8.7%.