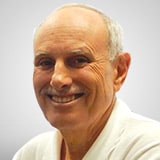 Wall Street would have you believe that the stock market has been going up because the news in the U.S. is so good. Truth be told, the main reason is that the news on the other side of the Atlantic is so bad, asserts Martin Weiss, editor of Weiss Ratings.

And it’s driving wave after wave of flight capital from European markets to the U.S. blue chips. We call this phenomenon the “global money tsunami.” It’s back in full force. And it’s likely to continue as the European Union comes unglued at the seams.

Earlier this month, I told you how Brexit and Frexit movements are spreading across the continent like wildfire, and Dexit, the German movement to exit the Union, is a prime example.

Just a few years ago, it would have been utterly unthinkable. But the surging Alternative für Deutschland party (AfD) recently voted to campaign for the country’s exit from the E.U. Plus, AfD also wants to shut down the European Parliament in its entirety.

If the German economy could enjoy a healthy growth spurt, AfD might not be able to tap into voter frustrations quite as easily. But healthy growth is, by far, the least likely of all future scenarios on the immediate horizon.

In 2018, German GDP grew by a meager 1.5%, the worst in five years. For 2019, the government just slashed its forecast to 1% growth, a harbinger of recession. And now, the one country that has done the most to build a united Europe is itself at risk.

The big canary in the coal mine — not only for Germany but all of Europe — is Deutsche Bank (DB). It’s Germany’s largest bank with a whopping four times more assets than its closest competitor. It has operations in 58 countries, especially Europe, the Americas and Asia.

It is an important component of the DAX, the main German stock index. But it’s diving into a sinkhole of bad debt, scandal and ultimate disaster.

Much of this decline took place during the 2008 debt crisis. But while U.S. bank stocks long ago recovered from that crisis, Deutsche Bank’s recovery was wiped out by the EU crisis. And now, even from its 2008 debt crisis lows, it’s down another 57%.

Nor is it alone in its misery. Other major European banks have also been clobbered, including Danske Bank, Commerzbank, UniCredit, BNP Paribas, Société Générale, Banca Generali — just to name a few.

They’ve suffered their biggest declines since the darkest days of the debt crisis. But relatively speaking, they’re actually the lucky ones. Because they’ve so far avoided outright failure.

How have things gotten this bad and stayed that way for so long? The answer is twofold:

* And Europe’s largest banks have returned the favor by buying massive quantities of government debts.

These are two fundamentally weak centers of power — one political, one financial. Each is propping up the other. And together, they’ve been borrowing and spending like drunken sailors.

As they show more and more signs of collapse, investors are pulling their money out and rushing to safer havens, including U.S. markets. This is what’s helping to drive up U.S. stock prices. And it certainly could continue.

Global Economies are Turning South, Now Factor in the Coronavirus
14 hours ago

Several Asian economies are showing signs of weakness prior to the escalation of the Coronavirus, wa...

The Big Picture: Debt and Bubbles
18 hours ago

The big picture is that the skyrocketing debt is creating a very serious problem. It just keeps surg...