There has been a lot of talk about the length of the current bull market and the probabilities of a correction or worse. If the market corrects, investors will be looking for places to hide, which is why shares of pharmaceutical giant Glaxo Smithkline (GSK), which offer a 4.3% annual dividend may come in handy (see chart below).

Glaxo’s shares have climbed steadily over the last 12 months as the company is succeeding in its bid to reinvent itself into a big time contender in the top tier of cancer fighting big pharma companies, while not abandoning its diversified drug portfolio and its focus on other disease areas such as its rapidly growing shingles vaccine Shingrix. 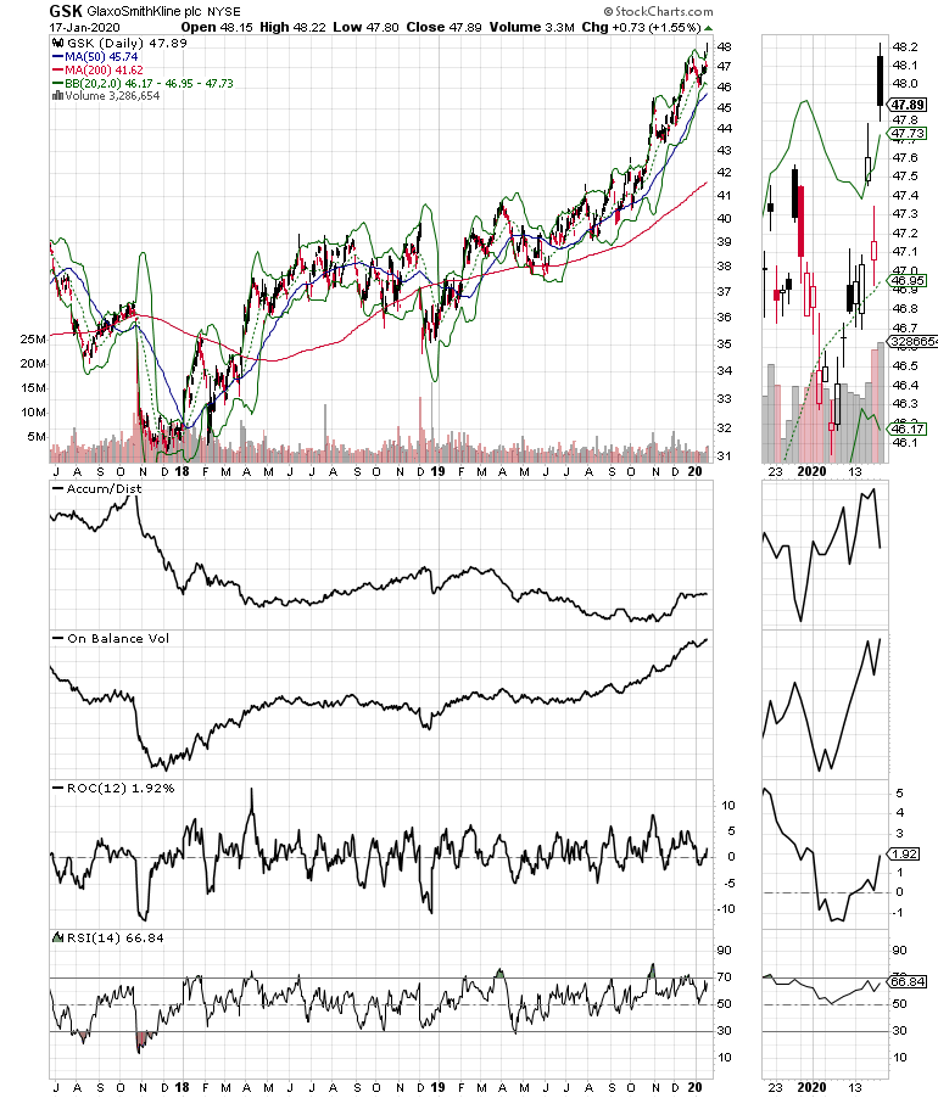 At the recently held JP Morgan Healthcare conference in San Francisco, management was clear about one thing; they are not in a hurry to make bad deals or to develop new oncology meds that they can’t fit into their steadily increasing pipeline. Instead, they stressed balance and value. This is significant because GSK was out of the cancer business until recently when it bought biotech oncology company Tesaro but has quickly integrated Tesaro’s portfolio into the fold profitably.

Since then, GSK has expanded its cancer treatment unit based on the surprising success of Tesaro’s Zejula, a drug which had lots of doubters but has exceeded expectations in the treatment of ovarian cancer including recently being granted FDA approval for expanded uses. Now by leveraging the success of Zejula, Glaxo is hopeful for FDA approval of a cancer treatment for multiple myeloma and one for uterine cancer. In addition, the company is looking for approval of the three other new drugs, one for asthma, a combination of two drugs for HIV treatment, and a third drug aimed at the chronic anemia of renal failure.

Importantly, the company’s CEO since 2017, Emma Walmsley who has spearheaded an extremely credible turnaround of the company, recently noted that there are no plans to scrap or reduce the dividend at any time in the near future. That means that if the market rolls over, GSK’s dividend will be attractive to yield seeking investors and the stock should exhibit some relative strength.

I own GSK as of this writing

John Buckingham is a value-oriented money manager and editor of the industry-leading advisory servic...