IPOs, SPACs and Other Marks of a Big Peak 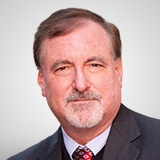 It's official...the market for initial public offerings is as hot as it's been since the dot.com mania, states Steven Hochberg of Elliott Wave International.

The chart below shows the monthly total for IPOs starting in 1999. In terms of deals, the boom of the late 1990s is still of a larger scale, but the 42 offerings in July of this year is the highest total since August 2000. The second highest total since 2000 came in November 2007, when 39 IPOs came to market just as the 2007-2009 bear market started.

A surge in IPOs tends to occur around major stock market tops, with a final last-gasp spike taking place after the stock market peaks. At that time, the show is over, but there is a rush to get in on the remains of a feverish speculation as the curtain closes. This appears to be happening again as "a stampede of companies have filed to go public in recent days," reported MarketWatch on August 27. It called the flurry of activity "reminiscent of the heady days of the dot-com boom of 1999." Echoing the prior stock market top, MarketWatch also counts a total of 241 global IPOs in the second half of 2020 so far, "the fastest start to the second half of the year since 2007."

According to various surveys of the IPO pipeline, an even bigger boom is dead ahead. "Get Ready for a Crazy Wave of IPOS," reported Barron's on August 31. "Starting shortly after Labor Day, we're going to see a socially distanced Zoom-powered frenzy of new issues." The names alone harken back to 1999 and 2000, when offerings with catchy monikers like Zoom.com (XOOM), Snap (SNAP), and Yahoo! (YHOO) scooped up investors' cash.

The latest IPO frenzy will bring DoorDash, Snowflake (SNOW), and Ant Group to the public market. Ant Group, a Chinese web-based financial technology company, filed its offering last week, and hopes to raise $29 billion, which would be the biggest IPO jackpot in history. In terms of proceeds, 2020 is already comparable to 1999 and 2000. At $60 billion, total 2020 US IPO proceeds are just shy of the totals for the full years of 1999 and 2000. It won't take too many Ant's to march to a new record.