After hitting a peak in March last year, the US dollar was weak until the start of 2021, explains Marvin Appel of Signalert Asset Management.

The press was full of warnings about the coming collapse of the US dollar due to aggressive quantitative easing and record deficit spending. Inflation expectations have risen sharply since last March, but the Federal Reserve remains unconcerned.

As a result, real short-term interest rates are lower in the US than in other major economies including Europe even though Europe has negative short-term yields. (See chart at right.) This has historically been bearish for the US dollar.

Yet the US dollar has rallied in the past month. In the January 13, 2021, issue of Systems and Forecasts one of our articles noted that favorable chart patterns suggested that the U.S. dollar appeared poised to bounce.

The chart below shows a US Dollar ETF (UUP). The big 14% decline in UUP from March to January is circled, along with the recent bounce of 3.4%. Also circled is a positive MACD formation (rising double bottom) that formed a positive divergence with UUP. So, for now, the technical picture for the US dollar is bullish. 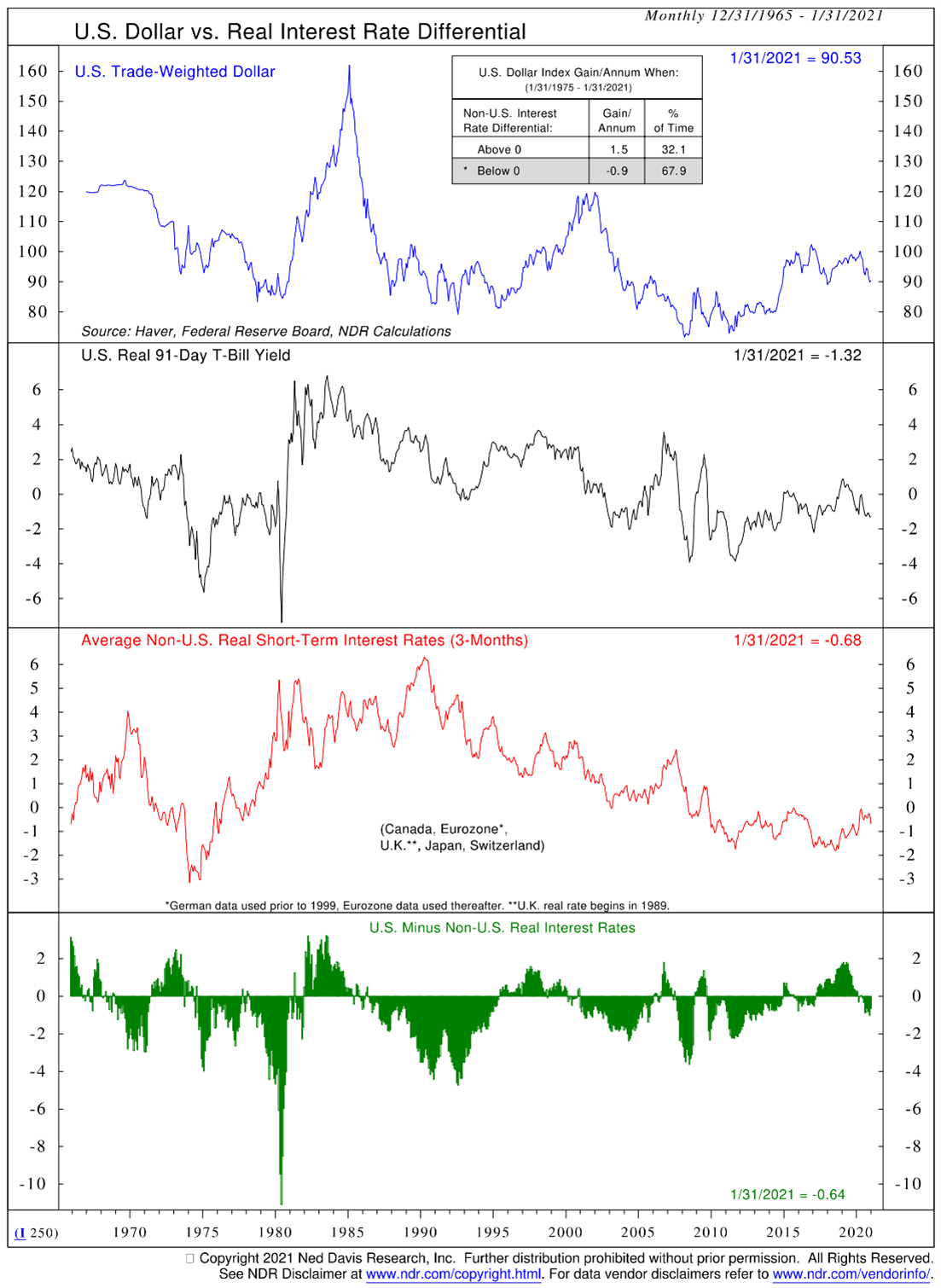 Another bullish factor for the US dollar is the sell-off in gold, which began last August but has recently accelerated. The SPDR Gold Shares (GLD), which holds physical bullion, rallied 70% from August 2018 through August 2020 and has since retreated 19%. Support for GLD appears to lie around 130, about 17% below where GLD is trading. (The average gold producer must spend $1,000 per ounce of gold mined, so prices of GLD are unlikely to stay below 100 for any length of time even in the event of a severe sell-off in gold.) 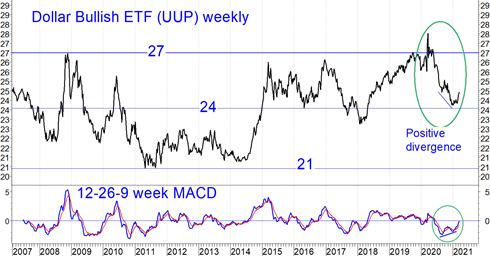 I do not recommend taking short positions on the US dollar, as it appears that the bearish news (deficit spending, inflation) has already been priced into the market. Even though real short-term interest rates are bearish for the dollar, real long-term rates are favorable for the dollar after the big run-up in the 10-year Treasury note yield in 2021. On the other hand, I am not sure how much upside potential the dollar will have in the near term. My expectation is that shifting relative strength trends in the market will settle down rather than sharply reversing now that the dollar (and the Nasdaq) have become oversold.

One area of the stock market that the recent dollar rally has affected is emerging markets. From the February peak to March 8, the S&P 500 SPDR lost 2.8% while the iShares Emerging Markets Index ETF (EEM) lost 9.6%. (The circled areas in the chart below show the decline in the EEM/SPY ratio, representing relative weakness in EEM, and the actual price decline in EEM.) However, our longer-term relative strength model still favors EEM over S&P 500 ETF Trust (SPY) based on its October 31 signal. (Since that signal, EEM has slightly outperformed SPY.) As a result, the recent dollar rally provides an opportunity to get into emerging markets stocks if you feel that you regret not taking that step last fall. 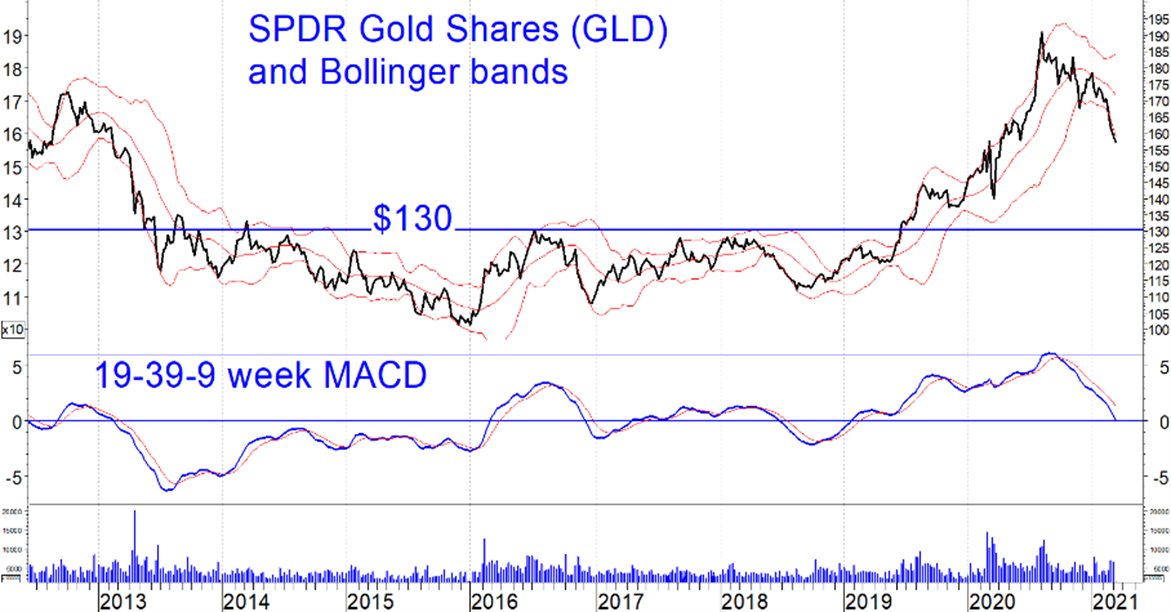