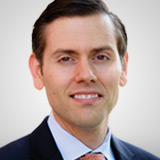 Bear markets take their toll on everyone, but they eventually end, says Lucas Downey of Mapsignals.com.

Last week I discussed how our data showed signs of capitulation. Well, it’s only intensified. Every sector is getting thrown out with the bath water. That’s the bad news.

The good news is that selling eventually exhausts itself and new leadership finally emerges. Just like when a forest fire leaves nothing but ash, new life begins. Today I’ll walk you through the recent landscape and visit prior moments of capitulation.

From a data standpoint, they all appear similar with patterns. More importantly, moments of capitulation ultimately reach an end.

All Sectors Are Getting Sold Hard

When investors are fearful, they can sell stocks and wait for the coast the clear. That’s exactly the narrative we see in the data.

Below is our Big Money Stock Buys and Sells chart. Notice how for two weeks there have been practically zero buyers. Since Thursday, June ninth, we’ve had 48 buys vs 2018 sells—that’s nearly 98% one-way action on the sell-side: 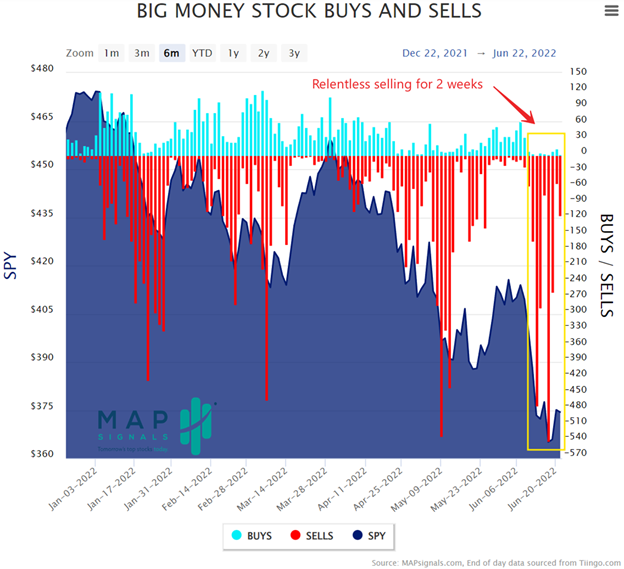 Thursday, June 16 saw 539 stocks get sold in a day. That’s the highest daily count since the pandemic. And I’ll show you that it isn’t just growth and discretionary stocks feeling the brunt. Even leadership groups like Energy and Utilities have been hit hard. When capitulation hits, everything gets sold.

Instead of showing you all the sector charts, I’ll just keep it to the two groups that stuck out to me. The below charts plot only buys and sells by sector.

Up first is Energy. Last week the group saw the most selling all year. Fears of regulation and waning demand spooked traders. This is significant because the energy sector has been the main leadership group in 2022: 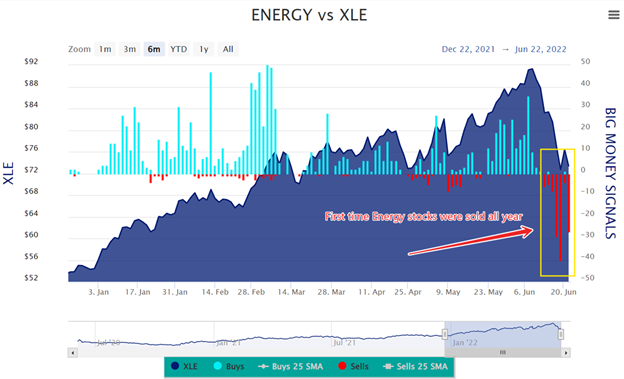 The other area that saw huge pressure was the Utilities sector. These stocks are known for stability and juicy dividends. They weren’t spared in the carnage. They fell just like everything else: 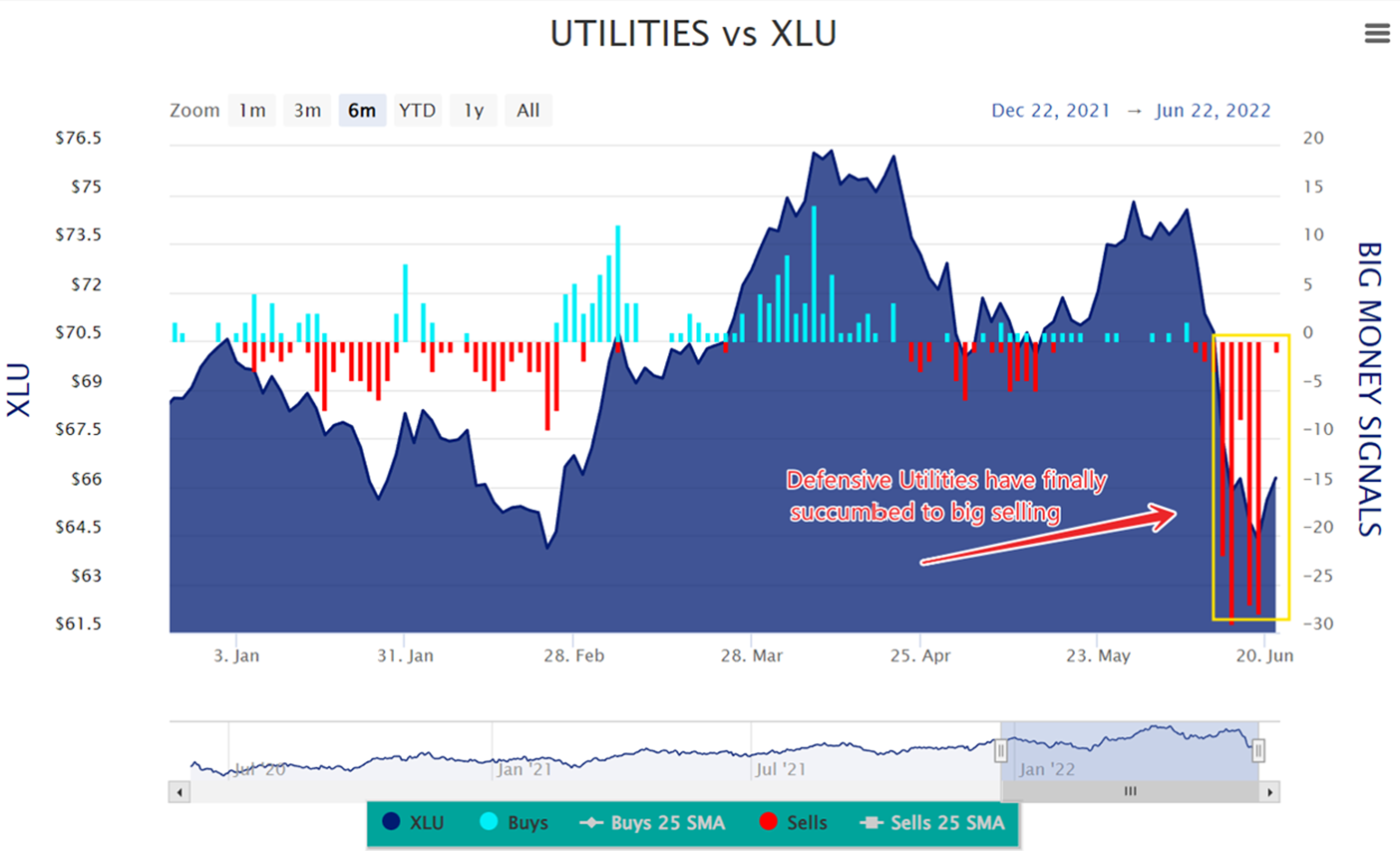 Clearly, there’s been very few places to hide in 2022. Being a long investor has been challenging. But now I want to share a few thoughts on prior washouts. Believe it or not often, capitulation forms bottoms. And that’s something to be on the lookout for in the coming weeks ahead.

As I mentioned last week, until the macro landscape clears up, volatility is to be expected. But I want you to understand that the narrative for stocks can and likely will change when you least expect it.

Chances are there won’t be a memo sent out that says to go buy stocks now! This is why data is so critical. To finish up today’s piece I’ll walk you through a few prior similar selloffs from a data perspective.

You’ll notice in most of the bear episodes how selling tends to climax before stocks stage a bounce. Historically, capitulation forms bottoms most of the time.

First up is the pandemic. February through March of 2020 saw relentless selling, way worse than today’s picture. But notice how when selling dried up, stocks staged a huge run higher: 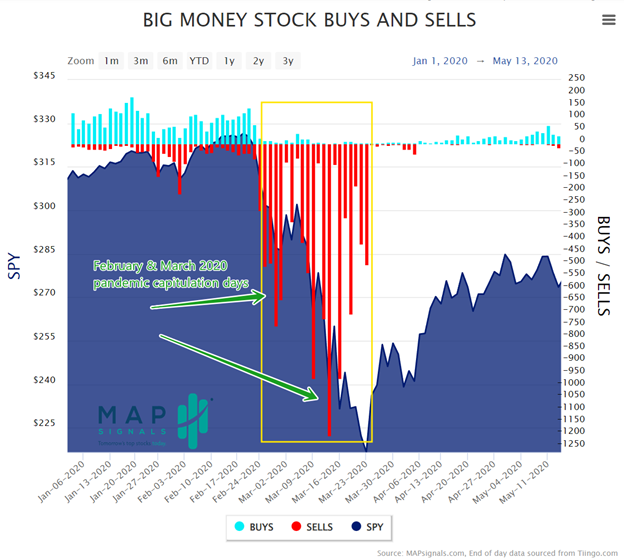 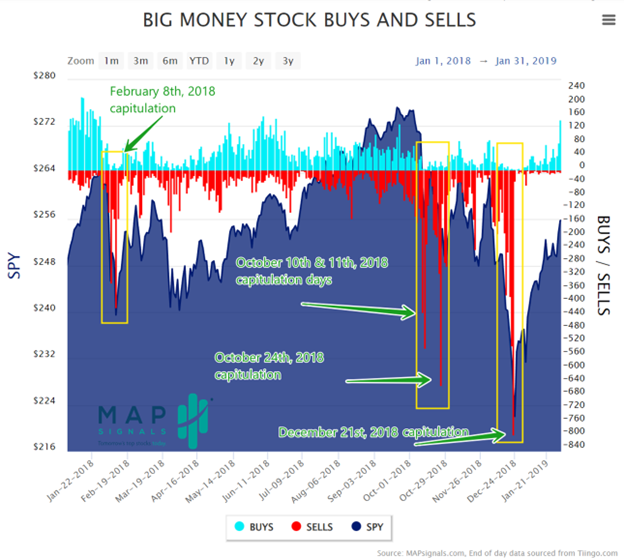 Let’s keep going. August 2015 and January 2016 each had capitulation episodes. But the key is that markets eventually found their footing. Let me say it again, often—capitulation forms bottoms: 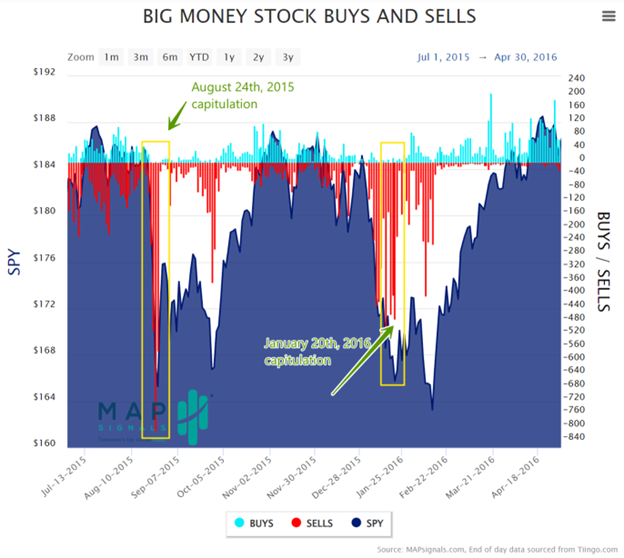 Clearly, each of these instances above were during an extended bull market…an expansion phase. On average, markets are +20% higher after these episodes.

Let me be clear, today’s landscape is facing many pressures on the macro front. We’ll need them to subside for buyers to step in.

The forward picture for markets needs to brighten up. And it will at some point. My bet is the data will signal the change prior to happy headlines. That’s something I’m looking forward to!

Times like now are when data shines. One day we’ll walk in and buyers will emerge.

Always remember, don’t give up! This too shall pass.