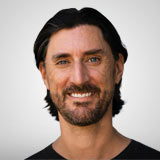 On both an absolute and a relative basis, healthcare names continue to perform, states Sean McLaughlin of AllStarCharts.com.

I guess the need for quality healthcare is a stronger driver of stock prices than interest rates and global macro? At least for now, that appears to be the case.

One name we’ve been watching, Cigna (CI), is knocking on the door of a major base breakout.

Check out this weekly chart of CI going back to 2017: 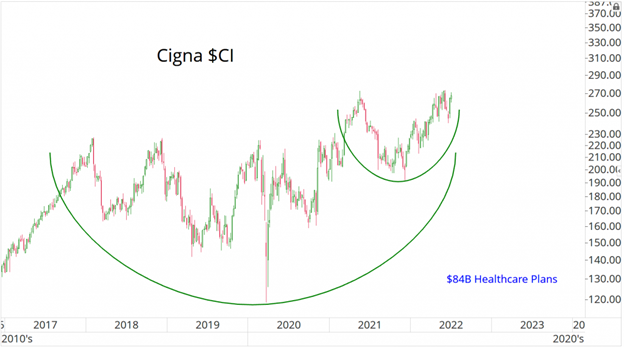 Does look like a stock to you that is worried about whatever the Federal Reserve might say next or whatever the next headline out of Ukraine might be?

This looks like a name we want to take a long position in.

With earnings on deck on August fourth, any type of trade we would consider putting on here must have defined risk and must give us time. Time will cushion any near-term adverse price volatility in the event short-term traders aren’t happy with the earnings results.

As such, we’re going to get long October calls via a bullish vertical spread.

I like buying a CI October 270/300 Bull Call Spread for approximately $10.50. This means I’ll be long the 270 calls and short an equal amount of 300 calls and my risk is limited to this debit I pay upfront: 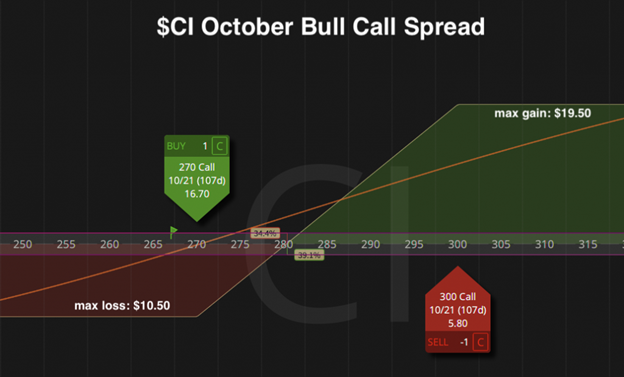 For risk management purposes, I’m going to do something a little bit different to account for the upcoming earnings event.

First off, our risk is defined here. So that is good. We know the absolute most we can lose.

Between now and the day after earnings are released (August fourth), I’m going to give CI room down to $240 to account for likely volatility. If we see any close below $240 before or on the first day following the earnings release, I’ll close the trade down and salvage whatever is left of the premium. The trade is wrong and the market is proving it to us.

If CI survives earnings with minimal downside, then I’ll begin leaning on the $255 level going forward as my line in the sand. If CI sees a close (after August fifth) below $255 per share, that will be my signal that we’re either early or wrong and I’ll want out on the next trading day.

Meanwhile, I’ll leave a resting order to close this spread down for a $21.00 credit. This would represent a doubling of our invested capital. And if CI makes a “three-hundred-dollar-roll” run towards $300, then we should have no trouble getting out of this position for a profit.

Learn more about Sean at AllStarCharts.com.