The Case For An Extended Bear Market 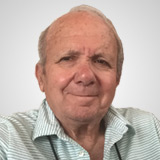 Outlandish stimulus in 2020 has made the economic system unstable. The Fed is now draining liquidity, causing the markets to become more volatile.

In January 2021, I published Market and Earning Cycles Point to a Pause In 2022. The jest of the article was: “The average duration of the business cycle suggests the market will pause in 2022.” The implication was: “It may be prudent to revisit the defensive strategy so successful during the 2018-2020 down leg of the business cycle.”

Where do we go from here? The indicators reviewed in this article suggest the bear market is far from over and may last well into 2023.

The main force driving the business cycle since 2021 has been the sharp slowdown in liquidity orchestrated by the Fed.

The aggressive amount of liquidity injected by the Fed and government in 2020 caused unprecedented growth in the monetary base (green) and M2 (red) (see above chart, data are after inflation). The outcome has been inflation rising to 9.1% in 2022 as real GDP soared 12.2% y/y well above the recent historical average growth of about 2.0%.

The response of the Fed has been to reduce liquidity in the system, which is now contracting with the monetary base down -17.6% y/y and M2 down -2.2% y/y (see above chart). The decline of liquidity is the major cause of the weak performance of the stock market since 2021.

The rise in inflation is creating important disruptions in the credit market. Housing is crumbling as affordability sinks due to high prices, declining real income, and soaring mortgage rates.

The point is the inversion of the yield curve is signaling caution. But there is more to it.

The inversion of the yield curve (blue, right scale) also points to weaker profits (red, left scale) as shown in the above chart. It should come as no surprise, therefore, to see the yield curve pointing to weaker economic growth.

The above chart shows the yield curve (blue, right scale) and real GDP growth (red, left scale) declining at the same time. The relationship is like that of the yield curve and profits.

The above chart shows the growth of real GDP (red, right scale) and stock prices (blue, left scale) (shaded areas represent recessions) bottom at about the same time. The recent growth pattern of the stock market suggests the economy is likely to contract as it has happened in previous episodes (2001 and 2009).

Since bottoms in profits and equity prices take place at the same time and due to the lead-lag relationship between the yield curve and economic growth (see previous three charts), it seems reasonable to expect the bear market to last well into 2023.

The yield curve provides further information about the timing of the next bull market.

The above chart shows the stock market—Wilshire 5000 (^W5000) (red, right scale)—and the yield curve (blue, left scale). The data going back to the 1980s suggest the next bull market will start when the spread between the yields on the ten-year Treasury bond and the two-year Treasury note is positive and at least close to one-half or 1.0 percentage point.

One more factor supports the conclusion the bear market has at least another 12 months of life. The conclusions of the article mentioned at the beginning of this article were based on the length of the business cycle shown above. The Peter Dag Portfolio strategy and management computes it in real-time and reviews this business cycle indicator in each issue. It correctly predicted in January 2021 the beginning of an economic slowdown in 2022.