Why Sell a Profitable Digital Asset? 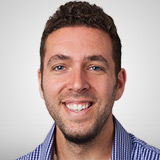 I’ve been really busy this week trying to secure a low five-figure deal on a website I’ve been stalking for the past nine months, says Stefan Von Imhof of Alts.co.

This is the first deal I’ve ever done that includes a seller earnout agreement (which is a really interesting topic in of itself — I’ll definitely cover these in the future.) But I’ve noticed that when I tell people about deals like this — specifically those who aren’t familiar with this industry — it never fails to elicit surprise.

“Wait, you mean people just sell their websites? Why would they do that if it’s making money?”

“Hang on, the site makes how much? And you’re buying it for how much? How is that possible?”

It continues to dawn on me that, outside us Kool-Aid drinking insiders, normal everyday folks often have a tough time understanding why someone would sell a profitable website to begin with, let alone sell for less than 3x annual net profit.

As I’ve noted before, this mix of curiosity and head-cocking skepticism oddly isn’t applied to other asset classes. Think about it: when was the last time someone questioned your decision to sell a house? Or a stock?

Of course, we know there are a litany of reasons people sell real estate, stocks, and dozens of other appreciating assets every single day…

…And yet, there is still something a bit, well, slightly odd about selling an online business — especially one that you’ve started. As I ruminated on previously, I believe it simply goes against what we’ve all been taught about entrepreneurship; namely that starting a business from scratch is the default path.

With the recent rise in acquisition entrepreneurship, I think people are starting to understand the value of buying an online business. But they still have trouble understanding why someone would sell an online business. And that’s fine, because the question is still a good one. So why do people sell digital assets?

I have a good number of new followers since last week, so I figured I’d give an honest look at the main reasons people sell and rank them from the best buying opportunities to the worst. It’s time to retire. This is truly the holy grail of opportunity. There are over 12 million boomer-owned businesses in the US alone. Many are profitable cash cows, routinely spitting out positive cash flow, often in “unsexy” industries.

Just like unloved McMansions in the middle of nowhere, these are almost always owned by older parents, who can’t pass the family business on because their children have no interest in running it. So, they’re sold in private deals or through a broker. The fact that many of these are brick & mortar businesses shouldn’t scare you. In fact, there is typically huge potential to increase operational efficiency, update legacy “systems” (often little more than an Excel sheet) and give the business a much-needed digital facelift. They don’t have the time

This is probably the single most common reason people sell. Time is money. Sellers either physically don’t have it, or they’d rather spend it elsewhere. It’s a problem as old as, well, as old as time itself. Everyone wants to buy a site on autopilot that keeps going up and to the right forever. It’s a pipe dream. I don’t care what anyone says. There is no such thing as a truly passive online business.

Sure, there are content sites that certainly require minimal effort to run. But all sites come with maintenance risk. If you don’t put work into it, unless you are REALLY lucky, the growth and earnings will eventually flatten. Nothing is 100% passive.

They Want (Or Need) To Raise Cash

But there’s a difference between those who want to raise cash, and those who truly need to raise cash. The former is usually in a much better position to negotiate, while the latter can be a delicate situation.

In either case, tread carefully. This is also the go-to reason sellers give when there’s actually something else going on. So during due diligence, be sure to probe deeply enough to ensure this is the true reason for the sale, and not a cover story.

Capitalizing on a Spike

The site I’m doing a deal on now falls smack into this category.

It’s a growing site which, thanks to its niche, found itself in a rather unique position this year. Instead of falling, demand for the product exploded when Covid hit. Traffic went up 50%, and revenue followed. The site was already growing, and the trailing 12 month average is suddenly fantastic.

This is exactly why he’s selling. He did a good job over the past few years, got lucky, and wants to strike while the iron’s hot. I don’t blame him at all!

While this is optimal for the seller, as a buyer you can’t assume the good times will continue forever. The key when negotiating a sale on a site like this is to:

The asset was built to be sold. This is Flipping 101.

Many professional flippers buy assets not just for the cash flow, but with the sole intention of growing & selling it, then rolling the money into a new, more expensive acquisition. Rinse, repeat. These are consistently among the most trustworthy digital assets you can buy.

Although it’s very hard to negotiate a better price with professional flippers, as they understand valuation far better than the average seller.

The Honeymoon Is Over

Perhaps they had a great launch on ProductHunt, generated some decent revenue, but now things are flat. Since seeing a flat line is inherently unmotivating, they lose interest and decide to sell.

This is especially true with mobile app games. Unlike other digital assets which typically gain traffic/value over time, the vast majority of games actually lose value over time. Early success is the single biggest predictor of revenue. If a game doesn’t get off to a good start, it usually won’t make a whole lot of money. For game developers it’s less about giving up early than it’s about selling & moving on to the next game.

The Passion Is Gone

I can personally relate to this one. The first digital asset I ever sold was on Flippa seven years ago: An ecommerce biz in the video game industry. When I started the business, I was into gaming — especially retro gaming. But after a while I started to get tired of the industry, and it was a big reason I decided to let it go.
I don’t think you need to be head over heels in love with whatever industry/sub-industry you’re in. But once the passion is gone, it’s really hard to perform at your best — and a lot easier to just sell & move on.

But sometimes too many other players catch on to a trendy, profitable niche, and within a few years the space is beyond crowded. Your organic traffic starts to slip. VC-backed startups bid up keywords to unsustainable levels, and you have to fight a lot harder to rank.

This is a perfectly fine reason to sell. Those who no longer wish to fight are happy to sell the asset to someone who does.

They Hit a Roadblock

This could be a penalty from Google or Amazon. It could be a patent infringement or legal issue. Maybe production costs are getting too high. It could be a skillset misalignment; a great developer who doesn’t know how to market/grow the site. Or heck, it could be Covid.

Whatever the reason, it’s increasingly tough to make things work like they used to, so the business hits a wall. As a potential buyer, it’s your job to find out if this wall is made of sticks or bricks.

Remember that entrepreneurs are crafty by nature. They love to be challenged, and actually enjoy facing roadblocks. So, if you think you can smash through whatever roadblock they faced, great! It could be a good buying opportunity for you.

But remember you don’t want to inherit someone else’s problem, so make sure you understand the full scope of what’s going on. Make sure that whatever the roadblock is, it isn’t bigger than the seller is making it out to be.

The Numbers No Longer Work

With some assets, maintaining the status quo becomes increasingly difficult. The site is usually losing traffic and, in some cases, losing money. If this happens it’s no longer a digital asset, it’s a digital liability.

It’s not common for content sites or SaaS apps to fall into this bucket as costs are pretty easy to control. But ecommerce stores typically have a higher dependency on paid ads, and it’s easier to go negative than you might imagine.

Some see these as turnaround opportunities, and at the right price you can definitely get these for a steal. But make sure you understand the difference between distressed assets and non-functioning/dead businesses.

The seller is witholding critical info. I saved this one for last. Look, let’s be honest. We all know there is a shady side of this industry, and probably always will be.

At the tamer end of the spectrum, there are deals that fall into the category of over-promising and under-delivering. Sellers that aren’t outright lying per se, but “selling a dream” that never really comes true. And at the other end, there are some sellers who mask expenses, withhold information, or flat-out lie.

While brokers can vet each asset that comes through (and charge a lot more for it), it’s tough to police every single listing in an open marketplace. Just ask eBay. It took a number of years before they were able to smooth out the rough patches.

The fact is, as buyers, brokers, and platforms have gotten smarter, scammy sellers are becoming rarer. The problem has gotten much, much better over time. I can tell you over the past year at Flippa we have been making huge moves — vetting sellers, partnering with SEMRush, and most importantly, emphasizing trusted listings through quality scoring. (And we’re about to double — no, quadruple-down on these efforts. Stay tuned.)