The Breadth Oscillators Have Now Rolled Over to Sell Signals

The oversold rally that began in early October was proceeding at a good pace, and was strengthened by a breakout over 3900. However, the comments by Fed Chairman Powell after the FOMC meeting knocked the market down significantly, says Lawrence McMillan of Option Strategist.

We have often referred to the fact that the current market bears great similarity to the bear market of 1973-1974, and this is yet another example. Back then, Fed Chairman Arthur Burns would speak, and the market would tumble. S&P 500 (SPX) now has resistance in the 3900 area, and that has been strengthened. Most recently, it has fallen back below 3800, which has several negative ramifications one of which is that it negates the "W" formation on its chart. There is support at 3700 now, and then at the October lows, at 3500. 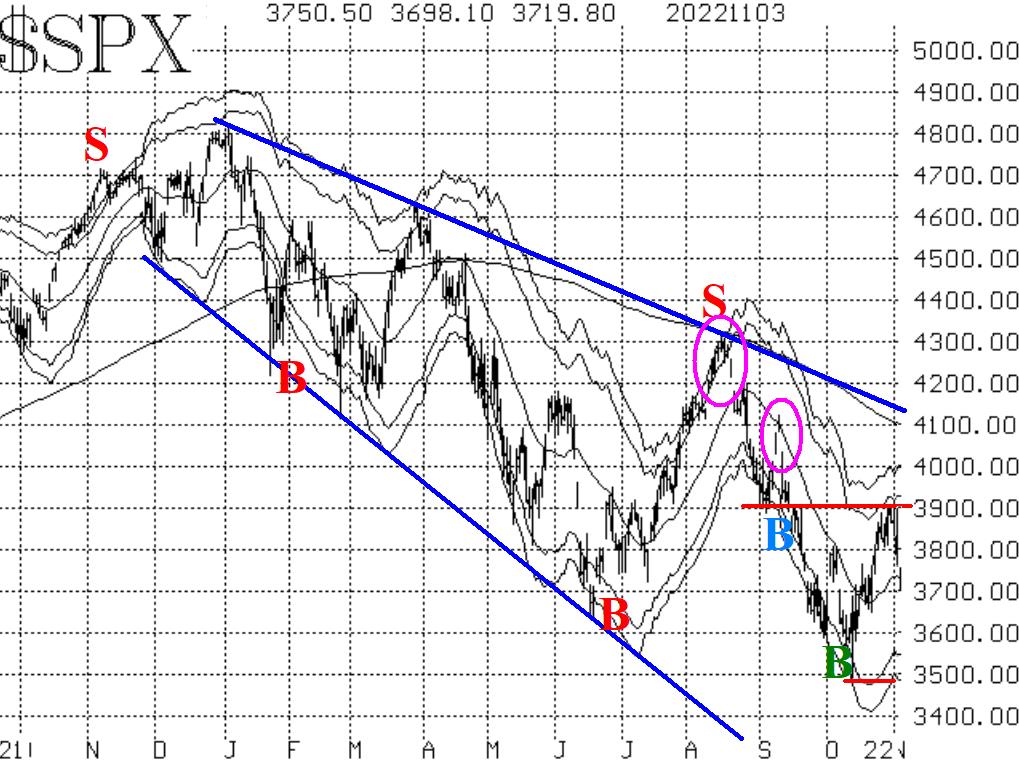 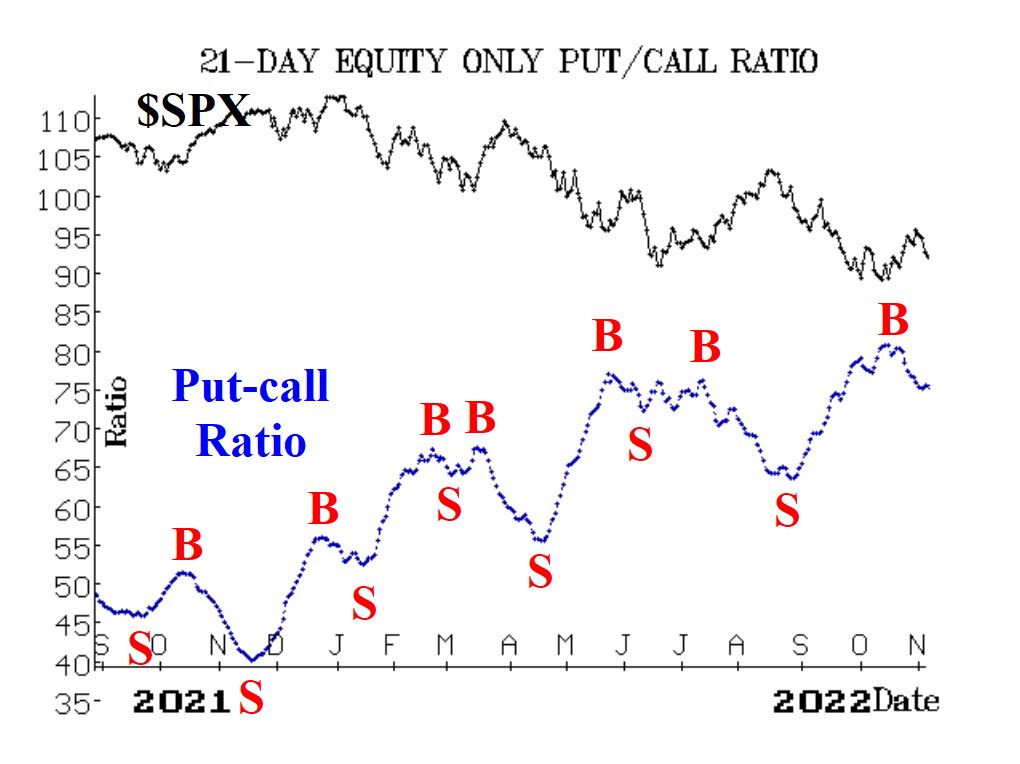 Equity-only put-call ratios remain on buy signals, although they are looking a little tentative right now. One can see that they have both curled upward slightly over the last two days. That curl on the weighted chart is large enough that I have placed a "?" on it (Figure 3). Breadth was distinctly negative on three of the last four days, mostly due to worries before and then realizations after the FOMC meeting. Regardless, the breadth oscillators have now rolled over to sell signals. 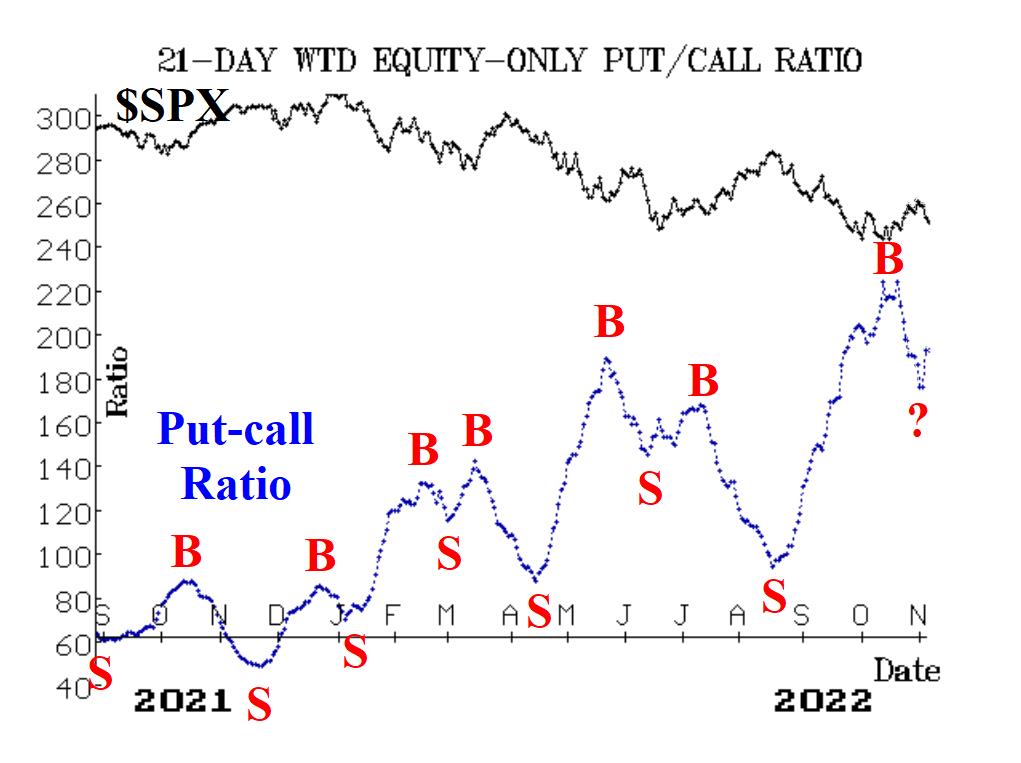 CBOE SPX Volatility Index (VIX) has continued to decline. It has not been influenced by the post-FOMC selling. As a result, the "spike peak" buy signal remains in place. In addition, VIX has now closed below its 200-day moving average for several days, and that cancels the trend of VIX sell signal that was in place. We continue to maintain a "core" bearish position, mainly because of the negativity of the SPX chart. We have traded some short-term signals around that and will continue to do so. 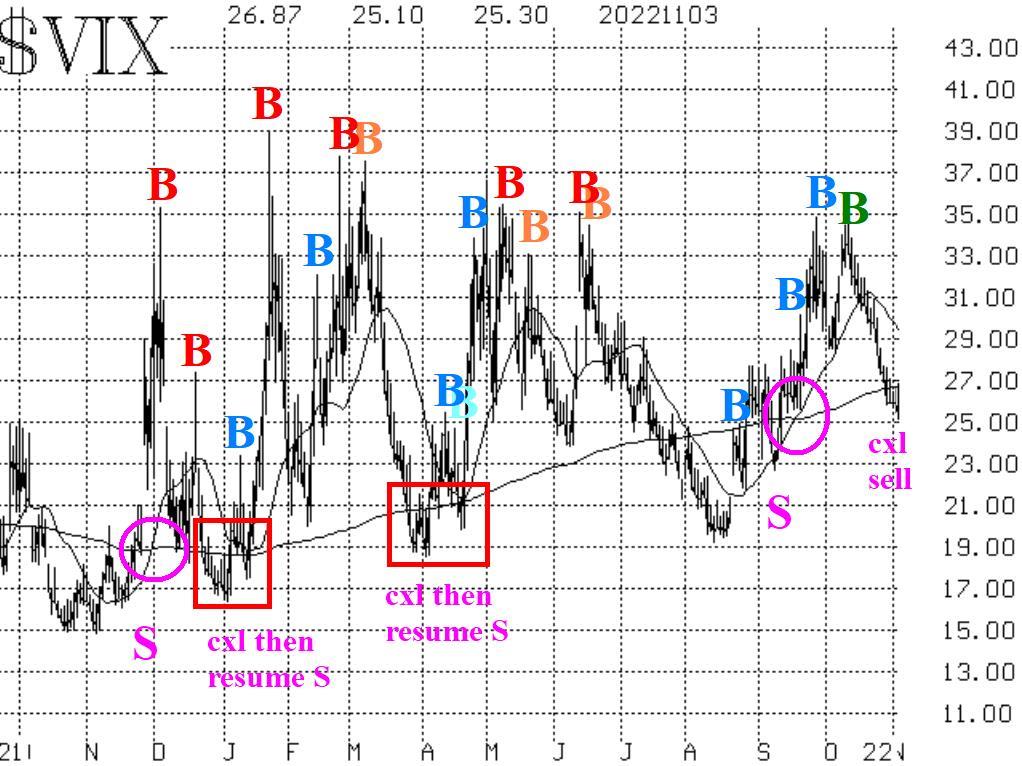