Which Guru Should You Believe? 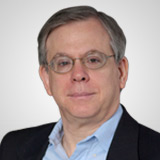 Validea.com's John Reese monitors the investing strategies of 12 top gurus, and you may be surprised as to which strategy has performed the best.

My guest today is John Reese, who has investigated a lot of different investment models from the last 100 years and come up with ones that are best to model into a portfolio strategy. We’re going to talk about that with him.

So, John, talk about how you’ve come up with the models and investigated these models over the years.

I have looked and researched who are the top investment gurus, well respected, that have achieved a successful track record, and have published the strategies that made them successful. And as part of the published model, there were certain elements of it that actually could be computerized and run by a computer.

After selecting those, I came up with a total of 12 gurus and have models that follow those particular strategies looking at the stock market, 6,000 stocks, saying would this particular guru like that stock today.

So, some of these things are relatively old, I would imagine. So how have you found them to be in terms of effective and efficient in today’s markets?

Amazingly well in terms of how they work. The models still continue to work. I have actually been keeping track of the portfolios since 2003 based upon the original strategies. Eleven out of 12 models have continued to outperform the S&P 500, some have outperformed the S&P 500 by a factor of five to one so they’ve performed very well.

What has been the best that you’ve looked at over the years?

The best actually has turned out to be Benjamin Graham, who is widely considered the father of value investing. He was the professor to Warren Buffett. He had a number of very successful disciples, and his formulas and methodology still continue to work very well today.

Talk about it. What does it look for in the market to find that value?

It looks for things that make it very conservative:

How long, typically, is the holding period for the Graham model? Then we can talk about some of the others as well?

I actually researched this using holding periods of a year, three months, and one month. The one year has great returns, but even better, you can improve that using the three month or even one month. You hold the top rated stock for that particular month according to that particular strategy.

Now, you don’t necessarily want to do that in a taxable portfolio—that results in higher turnover—but nevertheless in a tax-free portfolio, basically looking at it even as quickly as once a month can result in the very highest returns.

So, it sounds like the Graham model is based mostly on the fundamentals of the company. Are any of these models based on the chart or technical analysis?

Very little. A few actually do use the relative strength of the company, such as a model built upon William O’Neil’s model. Or James O’Shaughnessy actually uses relative strength in one of his models. But for the most part, the successful investors over a very long period of time have been the people who look at the fundamental values of the company.

Have you found any combination of maybe two models was better than any individual one?

Well, as a matter of fact, I find the combination of all of the models combined—looking for the consensus across the models—actually results in very successful strategies. Now, of course, with 12 different diverse strategies you won’t get agreement across the 12, but when you have two, three, or four of the gurus who like the same stock, that is a very high indication of future performance of that company.

All right, then finally, any surprises in any of the research you’ve done about things that these people were looking at that actually work?

One is that for the most part they all have different strategies—very few variables are common to them.

The one that’s most common though is something based upon debt or debt-to-equity ratio. They sort of consider that poison to a company, and they want to see low or sometimes even no debt to equity.

The other thing that’s different is that the most common ratio most people are familiar with is price-to-earnings, which is something that only a few of the gurus use. And even when they do use it, they actually have a twist to it, like Peter Lynch looks at price-to-earnings-to-growth ratio, so there is something unusual to it. They won’t just take ordinary price to earnings and use that.