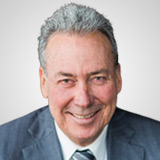 Though gold gets most of the press, silver expert David Morgan shares some of the little reported facts about who has been buying silver.

When we talk about precious metals, it seems like gold gets all of the news play, but silver is also an important precious metal that more people are taking a look at. My guest today is David Morgan to talk about those two things.

So David, gold seems to be the one that gets all of the press. Why is that? Why does silver always take a back seat?

Well, gold is almost mainstream now. I mean, gold is better recognized. Everyone hears about it ,and why I can’t really give an exact answer.

But what is fascinating to me is the smart money. People don’t buy bottoms but smart money does buy bottoms. Warren Buffett bought 129.7 million ounces of physical silver at the inflation=adjusted low. He’s a value adjuster. That’s buying value.

Guess who else? His buddy, Bill Gates. Guess who else? George Soros. So billionaires are buying silver, not gold, at the bottom, which I find fascinating. But you’ve never heard that in the mainstream financial press.

What about the correlation between the price between gold and silver? Is it lockstep, the way they go?

Pretty much. You know, that’s a question I get a lot: Gold will do great in a deflation or inflation, but silver in a deflation is going to be a horrible investment.

The facts don’t back that up, and they’re 84% correlated. The only thing that’s 100% correlated to gold is gold. So an 84% correlation in an up and down market, with all of the things that we’ve been through in the last 12 years, they’ve correlated that much.

Silver is more volatile. It goes up higher and it goes down lower percentage-wise. Nonetheless, they track each other almost identical.

And how about the percentage of each that I own? Do you recommend more silver? More gold? What do you think?

Great question. I love answering that, because I get that often, and most people don’t understand that sort of like what we were taught in the old bond market, the older you are; the more you should probably favor gold.

And is that because gold is less volatile?

Exactly. It’s more mainstream and it’s an easier market to trade. It’s the stability. You don’t want to have a lot of silver when you’re in retirement and you’re sitting there and the silver takes a $2 down movement one day, which can happen in this market, and have heart failure. I’m just trying to be funny, but you know what I’m saying. It’s more stability in gold.

So most people only talk about owning precious metals because they want to protect against inflation or currency devaluation. What about just because industry uses silver and there is a limited supply of it?

Silver is a bipolar metal, so to speak. It’s got a monetary component and an industrial component. If you go back a decade, the industrial usage of silver is 35% of the market. Today, it’s 54%. Anything that electrical/electronic has silver. Solar panels.

So there are lots of applications for silver all of the time. We cannot have a high-tech society without silver. It’s indispensible.

What Happens to Precious Metals?
7 Ways to Get a Bit More Aggressive
How Does Gold Fare During Hyperinflation?