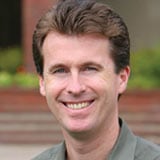 Retirement income isn't what it used to be, but as Mike Scanlin explains here, conservative covered calls can pay off far more than bonds in today's market.

Should you be using a covered call strategy? We’re talking about that today with Mike Scanlin. Mike, for equity investors who maybe are not familiar with covered calls, just explain for us why they might want to check this out.

Sure. A covered call is a two-part strategy where you’re long the underlying stock and then you sell a call option against that stock in order to generate some income.

If you have a portfolio of stocks and ETFs today and you’re not writing covered calls against it, you’re sort of leaving money on the table every month. There is no disadvantage to selling out-of-the-money calls against stocks that you already own.

For example, let’s say you had a $50 stock and you were comfortable letting that stock go for $60 maybe in two months, which would be a 20% increase in two months. You could sell a 60 strike call option against that $50 stock today and generate some income today. Do that six times a year and get six extra dividends a year. So it’s a way to generate income on a portfolio stocks and ETFs you have.

Now, one thing that I’ve seen that you’ve written about has been the idea of using covered calls maybe as an alternative to say a money market account or bonds. Talk about that a little bit.

Sure. A lot of our customers are retired people trying to live off of their portfolio income. And today, cash pays nears zero and decent quality bonds pay 2% per year. Thirty years ago, they were told that they were going to earn 5% or 6% a year off of their retirement income. Well, now they are retired and that’s not happening. They are earning 2%.

So as an alternative to that, they can sell those bonds and put them into conservative covered calls, selling deep-in-the-money covered calls, so they have some built-in downside protection and probably earn 1% a month, which is 12% a year—significantly better than money markets or bonds. We’re getting it to the point where they can live off of the income once again.

Now, a lot of people might say this sounds scary. It sounds complicated. What’s the best way for people to start educating themselves?

You can go online and you can read a covered call tutorial. We have one on our site and it isn’t that tricky. It’s really just a two-part trade. You long the stock and then you short a call option against it. Once you get that down, it’s pretty simple to execute and it’s a pretty simple concept.

There are no naked options and there is no unlimited liability. Anything that you’ve heard about options that's real scary, like you can lose all of your money and you’re going to lose it all or triple it in three weeks, that isn’t covered call investing.

Covered calls are just the most conservative type of option trading. It is more conservative than buy-and-hold investing, which is the most common investment strategy used, because you have the downside protection from the call premium you get.

So really, anyone can do it and everyone should be doing it. It is the most popular option of trading strategy. Charles Schwab said that four out of five of their option account holders trade covered calls, so that’s a huge percentage of people doing it.

In the latest edition of Market Review, Larry Gaines of Power Cycle Trading discusses how to use an ...

Let’s take a look at one of my favorite setups that I just took in AMD. First off, AMD is one ...

Exit-strategy opportunities may be created when there is a substantial one-day market decline, and w...

What is options Delta? You see options prices are influenced by what they call the Greeks, explains ...