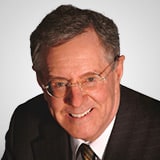 In light of the current economic deadlines facing the government, Steve Forbes suggests that you take a longer-term view.

STEVE:  Good to meet you Nancy, thank you.

NANCY:  We are really glad to have you at the Money Show.

STEVE:  Good to be here.

NANCY:  So there’s a lot going on in politics and Washington today and I’m reading about these crazy spending excesses, $91 million and that there is a possibility of another sequester, which I think we can agree, none of us want that to happen.  What is your view?  What is going on there?

STEVE:  It’s simply a government that is out of control; The Obama Administration does not feel it is bound by laws, feels that it can do just about anything it wants, and in terms of a sequester, well the problem with the first sequester was not taking out real money from the government; that is one reason why we have the economic activity we do today.  The way it was done was hard and the administration did that deliberately; they wanted maximum inefficiency, maximum paying, so that we would never try to cut the budget again.  I think they are going to find that they are going to be crying wolf again and if there is another sequester it is going to be a mess, but that is going to land at the White House’s door.  You can’t blame this on George Bush again.

NANCY:  Exactly, but what will that do then to the market?

STEVE:  I mean, the last time this happened everyone was so uncertain about everything; no one really knew what to invest in because they were afraid of what Washington was going to do.  I think there is some good things happening now; one is there is no way Washington is going to pass a major tax increase; it’s just not going to happen, and that is a relief; we got one in January, not good, but that is the last one that Obama is going to get.  What I think you are going to see play out is this uncertainty is really setting the stage for a real advance, so if you are an investor, don’t look at all the ups and downs now, look what’s going to happen in 14, 2014 and 2016.  There is going to be a real rebellion against Obamacare; that has grown again, even more intense than what happened in 2010 because then it was just a concept and today it is an ugly reality.  For example, how many young people are going to sign up for Obamacare and spend thousands of dollars that they don’t have.

NANCY:  They are going to pay the penalty.

STEVE:  They’ll pay $95, that’s a given, and then you have the other parts of Obamacare falling apart, which is why they keep postponing it.  Most people, a lot of people are going to find that instead of premiums going down, they are going up.  They are going to find also that their freedom to choose hospitals, doctors, clinics and the like are going to be severely restricted; insurers have made that clear.  So this thing is going to implode.  Mess, short-term?  Yes, but it is going to set the stage for real liberation of a healthcare, and so and then we are going to have a debt ceiling crisis again, and there, I hope, the republicans don’t fall in the trap of having a government shutdown, but instead say we’re going to pass at least in the house an effective way to deal with this and have the debt a certain percentage of GDP, spending a certain percentage of GDP, and if it’s violated, congressional salaries and executive salaries take a hit; have real penalties.  Do something that can work.

NANCY:  Do you think that will really happen?

STEVE:  I think the house will pass it and then the senate is going to look like they are going to be very antsy blocking it; they might, but you have at least half a dozen democrats running in 2014 who know they’re vulnerable and this is not the kind of vote they want.

NANCY:  Exactly, well thank you for joining me Steve.

STEVE:  Good to be with you.

NANCY:  And thanks for being with us on the moneyshow.com video network.