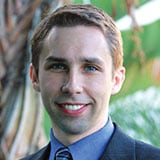 Founder and President, Afraid to Trade

News headlines can send markets careening between "risk-on" and "risk-off" trades, and Corey Rosenbloom describes which markets are in play under each of these conditions.

I’m taking a look at intermarket correlations with Corey Rosenbloom. Corey, we’ve seen markets move in lockstep and that’s unusual. What are you seeing now?

That is unusual. What we call it in this market environment, the common term we use is the “risk-on” trade or the “risk-off” trade.

So, the risk-off trade is more conservative. We’re looking at bonds; we’re looking at the dollar; and out of assets, as in stocks, gold, oil, or the commodities.

The risk-on trade is just the opposite. It’s short the dollar, or out of the dollar; out of bonds; looking to be in stocks, in oil, in gold or the commodities.

So, those kinds of components and the algorithm trading and the more hedge-fund-style world that we have now as opposed to ten years ago has made these markets more correlated and available to profit for traders that can see these correlations and move within them quickly.

So, what type of correlations are you seeing now, because we’ve got a lot of headlines.

Absolutely. The big narrative now—and the big narratives define how these relations build and how they interact with each other— is quantitative easing, the Federal Reserve, and how they’re stimulating with a really accommodative monetary policy. That’s affecting markets.

It’s inflationary and it’s risk on, so they’re stimulating an economy that many people argue is recovering, so it’s a bullish, recovering economy which by itself would be risk on, but they’re also having an accommodative monetary policy.

They’re keeping interest rates low. They’re not raising rates, so by the lower yields, it allows consumers to purchase more and to take on more debt. That’s bullish.

Stocks went up. Oil went up with stocks, and gold has been amazing, moving to higher and higher levels, and so this is the risk-on trade.

The dollar has not been the beneficiary of those things, nor have bonds.

And that’s surprising, considering all the geopolitical risks, where you usually see a flight to quality to the dollar. What’s the dollar’s main problem?

The dollar’s main problem now is it’s under attack, I think, from the stimulus packages and under attack from these other components, and so looking at what the Federal Reserve is doing, it’s almost creating inflation by weakening the dollar.

Having a weaker dollar allows overseas companies to sell more and then convert those to dollars in a currency, so it’s actually bullish for those companies, and bullish for exports.

So, they are stimulating a rising economy and hopefully making it better.

The stock market ended 2020 with a moderate bang, which suggests that at least in the early going, 2...