Why Traders Should Ignore the News 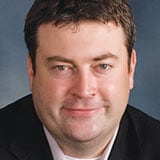 Charts never lie, but news and fundamentals often do, warns Hubert Senters, who talks about why he ignores the news and trades purely based on technical signals.

Most traders are very technical in nature and ignore the news and focus mostly on those charts, but is that the right thing to do?

Our guest today is Hubert Senters from Trade the Markets. So Hubert, if I’m a pure technician and I love reading charts, should I just ignore all the news out there?

I would. I think that there are more traders that actually follow the news for the wrong reasons. They think “Oh, Maria (Bartiromo) is talking about this,” or “CNBC said that,” or “Bloomberg’s saying that.” I think it’s actually the worst possible thing you could do for a couple reasons.

Number one, heads up, CEOs lie. I don’t know if you’ve ever heard that before, but if you look at the fundamentals—just for instance, I’m not calling these individual CEOs liars, but there job is to defend their company. So when you see Tyco going down, Enron going down, Bank of America (BAC) going down, and now you’ve got NetFlix (NFLX) going down, the whole time the fundamentals look wonderful. Technically, they look like hell.

So technically, I think it’s more important to focus on the technical analysis of a chart of whatever you are trading, and then I do the fundamentals just because price never lies, but CEOs do.

Now we should probably clarify that Enron and Tyco, some of those were fraudulent, but in terms of NetFlix, that may not be the case, but it may be more of a business decision. It doesn’t matter.

But still, fundamentally, does that P/E ratio make sense? Maybe yes, maybe no, depending on how high that P/E ratio is, but technically, you can see that it’s probably going to break below $70 on the fast track to $50.

Alright, let’s talk about NetFlix specifically for a moment. If you are in that stock and you are a trader, but somehow you become an investor in it because you just hope that it keeps coming back; it’s gone down so much.

When you have a stock that’s gone down that much, what do I do? Do I just bail out and take my pain, or hang in there and wait for it to turn around?

The right answer is you just get out. It’s the worst possible thing to stay in it while you’re riding it down below your stop. Hopefully you are using a stop, but most people that get into investing and trading, they just don’t use stops, which is the number one thing because they don’t want to lose money. Then you take a very small loss and turn it into a massive loss.

So on a chart like NetFlix that recently has seen some pretty bad days, if I’m a trader, should I start looking for support? I mean, is there going to be a great opportunity to go long again at some point?

That’s a great question. There’s an instrument that you can use technically to tell whether this thing is going to drop lower or if it’s got support.

Draw from the most recent low—get either a daily, a weekly or a monthly chart—and then draw a Fibonacci line from the low to the high. What you are looking for is the 50% range. If it goes past the 50, that’s bad. If it closes below the 61.8% retracement, that thing is toast, and right now it is actually a little bit below that, so it’s probably going to drop to $70, and then if $70 does not hold, then the only support you have is $50.

At some point, it’s going to be priced at cash or at even lower than the entire cash or assets of the company. Fundamentally, that would seem like a good trade, but technically, it may not be.

Technically, I mean, you’ve got a lot of their customers right now that are just running for the doors. Plus, you also had some news releases like there may be some accounting irregularities. Then you get that rumor started and it’s just a snowball effect.