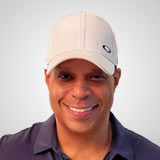 Oliver Velez discusses seasonal factors that can help traders make more confident trading decisions in these highly volatile markets and which three months are the best (and worst) for shorter-term trading.

In recent months, we’ve had some incredibly volatile markets starting with this past summer. Is that going to continue, and what do we expect here going forward?

Our guest today is Oliver Velez, and here’s here to talk about that. So, Oliver, real strong volatility here.  Some traders love the volatility; others are a little spooked because they’re not quite sure what to expect the next day. What do you recommend doing in this environment?

Well, you’re certainly right, Tim. The vast majority of people out there are spooked, and sort of rightfully so.  The volatility has been a friend to us, however, and what I’d like to do is share some statistics here.

What a lot of people don’t realize is that there are pockets, or seasons. The market has seasons, and one of the market’s most bearish seasons of the year is a three-month period: August, September, and October.

Statistically, the market performs the poorest during those months. Quite interestingly, that three-month negative period is followed by the most bullish three-month period of the year, which is November, December, and into January, statistically.

Now this doesn’t happen every single year, but a high percentage of the time, you get that three-month erosion in the markets from August through October and that then sets up what a lot of people refer to as the “Santa Claus rally” into the end of the year.

See related: Will a Santa Rally Materialize This Year?

Now August was an extraordinarily volatile month that took things really dramatically to the downside, and we anticipated that just based on the seasonality that the market has experienced over the past several decades in that time frame.

So we were looking for the market to primarily continue to experience a little bit of weakness into October based on that seasonal pattern, and somewhere toward the middle to end of October, we were looking to see things start to firm.

I believe from that point on, things are onward and upward right into as far as the middle of next year. I think the move off the bottom, once we do see that in place, is going to be a very, very powerful one.

I think the damage or the erosion that’s happened, especially in the US equity markets, has created some extreme values across the board, particularly in the banking sector. I think we’re relatively close to seeing that start to materialize.

Do you worry about the fundamentals that you hear on the news that the banks still have to work through their real estate and the foreclosures and things? Some have said we’re not even close to having that happen.

Does it worry you, or do you say that information is built into the charts? If I needed to be worried about it, the chart would tell me.

Well, you know, because of the size of our positions, we actually do monitor some of the fundamentals and the stories and things of that nature surrounding our positions. However, 80% of what we do is technical in nature, and our philosophy is exactly what you said, Tim.

I believe that the price is already reflecting most of the news that basically is hitting the airwaves as we speak.

In most cases, I think in terms of the banking sector, particularly that there’s been a punishment that is not quite equal to the damage that really is present.

I believe that’s creating a wonderful opportunity into 2012. So we’re very, very keen on the banking sector and have actually started to gradually ease into some of the bigger banks.