The Mother of All Bull Markets 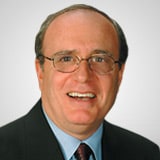 Despite increasingly bearish sentiment, gold remains in the "mother of all bull markets," says Mark Leibovit, giving his latest outlook and surprising price targets for gold.

We’re here with Mark Leibovit to talk about where silver and gold are going. You hear both extremes, as you do with everything these days. “Gold is never coming back” or “Gold is going up to $2500,” and the same with silver, so give us some clarity on what you’re seeing here.

Well, let’s say this first: gold is in the mother of all bull markets, and silver is tagging along, as all metals and commodities are, so I think the bears are wrong and they have been wrong for ten years.

The more bearish sentiment I hear, the more bullish I get, because we’re climbing the wall of worry, which is a very important contrary thought that I always keep very much in front of me.

Basically, we’re in a 20-year bull market—that’s how I measure it—and maybe more. We declined from 1980 to 2000 cyclically using the symmetry of the markets, that gets up to about 2020, maybe a little bit further, so we’re not going to say we’re not going to have our shakeouts and corrections along the way.

See also: Bonds: The “Trade of the Decade”

We had a 35% correction in gold in 2008, and we didn’t quite have that this year. There is a lot of gold suppression and manipulation on the part of the government.

Gata.org does a lot of research in that area. I’ve read it all, and it’s unbelievable stuff. Anybody who wants to check that out, there really is a lot of government intervention in the market, just as the Feds are in there driving interest rates down.

Strong gold embarrasses the government and it means something is wrong. So gold would be much higher today, but I think bottom line, the trend is up. I have targets as high as $11,000 an ounce between now and 2020.

I think it’s still early in the game. I’m not saying that they can’t have a shakeout that takes us back down to $1400 or something; that’s possible. I don’t personally think that.

I would bet we’re probably still going to see $2000 or higher this year, particularly with governments printing money crazily, and we’ve seen what’s happening with Greece and Europe.

I mean, they are printing money out of style, and we have a huge debt burden that’s ultimately going to blow up on us, and that’s where gold and silver really come in.

Look at China: they are a creditor nation. We’re the greatest debtor nation in history, and there’s nothing but bad that’s going to come from that. We’re going to see markets go up because they’re inflating, but ultimately, we’re going to pay the price, so that’s where money is flowing into gold.

Germany recently didn’t want to release or jeopardize their gold hoard because they were afraid of losing it. They don’t want to do anything that’s going to disturb their gold. There’s a real reason for that because it holds value over the centuries.

And as far as silver is concerned, there’s a lot of manipulation in that market. We could spend a lot of time on that, but the main thing that bothers me is particularly in the silver market is that there’s a lot of paper trading, and the day will come where physical delivery won’t be possible on the part of the CME, and that’s going to close that exchange.

It’s going to be a big black eye on the futures industry, as much as the MF Global disaster recently was, because people are going to eventually want the physical silver and it won’t be there because they’re just trading all of this paper.

That’s going to be a huge bullish event for the silver market. Silver historically has traded at a 15:1 ratio to gold many years ago. There’s a lot of potential there, so I’m very much telling people to accumulate both gold and silver.