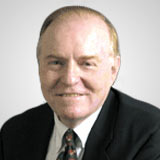 Now is a complex time for the global economy, says John Murphy, but three primary global ETFs are among his favorites for capitalizing on trends in important overseas markets.

We’re talking trading global ETFs with John Murphy. John, with the way the world is today, you have so much government intervention and so many different markets. It seems like growth is either falsely stimulated or attempting to be stimulated. How do you play all of the different factors that are out there today?

Probably the two best known, as far as foreign funds are concerned, are the iShares MSCI EAFE Index Fund (EFA), and the iShares Emerging Markets Index Fund (EEM), so you can track those very easily. We also have the BRICs—Brazil, Russia, India, and China.

So there are so many ways to play the global markets, but the main thing to understand is that global markets do tend to move together. They move up and they move down together. That’s important, but they don’t move at the same rate.

Now since the beginning of 2012, we’ve seen exactly the opposite. They’re all rallying, but the US market is rallying more, the reason being that the US dollar is weakening a little bit.

So it’s important to understand that they move in the same direction, but not always at the same rate.

There are also some important linkages, for example, emerging markets like China and Brazil. They’re very closely tied to commodity prices. So in Brazil, and China via the iShares FTSE China 25 Index Fund (FXI), when they’re moving up, that’s normally a very good sign for commodities. But ETFs make it very easy to take advantage of trading in foreign stocks.

So when you’re looking at the ETFs, not particularly country-specific ETFs, but a little bit broader, you’re trading them on a technical level to get some of that exposure?

Yes. And one thing that has concerned me a little bit going into the first half of this year is that the US has been the strongest market in the world, and it’s testing its highs from last year. Some of the other markets still have not broken out to the upside yet, so we haven’t had the confirmation that I’d like to see in some of those foreign markets.

So we chart them the exact same way, but we have to take currency trends into consideration. That’s just one complicating factor.