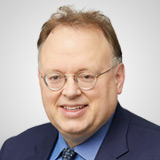 Global banking concern Citigroup (C) released Q3 financial results that bested analyst estimates ($1.40 vs $0.92 per share). The beat was mostly due to a much lower provision for losses in Q3 ($2.2 billion) compared to the $7.8 billion from last quarter, and more in line with recent norms.

The allowance left reserves about the same as Q2 at $26.4 billion. Having adjusted its economic outlook downward a couple of times throughout the year, management suggests current reserve positioning is conservative relative to its base case expectations.

Q3 revenue of $17.3 billion was down 7%, given muted rate spreads and a significant reduction in consumer spending activity across emerging markets. On the bright side, markets and investment banking remained strong, while deposits rose 16% year-over-year across the franchise.

Citi has been all over the press in recent months for issues related to the firm’s internal controls and risk systems, as well as a change in leadership as current CEO Michael Corbat plans to step down early next year.

While the near-term uncertainty and need to get its house in order will continue to weigh, we think the shares remain quite attractive for those with multi-year time horizons.

A longer-term return to improving operational execution and business lines in faster growth markets around the globe (vs. its U.S. business) will be quite beneficial for shareholders.

We still like that Citi has good leverage towards the U.S. economy, while also having the potential to show outsize benefits versus its peers from growth in Asia, Latin America and other emerging economies.

Our Target Price now stands at $90. True, share repurchases have been halted, but we believe the cash dividend is still secure. The yield is a hefty 4.7%.

The company also continued to benefit from the recent announcement that it would buy investment manager Eaton Vance, which positions Morgan Stanley better in asset management by adding strengths in Solutions, ESG and U.S. distribution, with the potential to expand EV’s products outside the U.S.

We like the diversifying acquisition of Eaton Vance and we also believe the recently closed purchase of E*Trade gives MS greater scale in tech, a deeper product and service base, and self-directed investors to complement advisor-assisted wealth-management clients.

In the near-term, we believe MS will benefit from continued strong capital market activities, and we see the opportunity to take larger wallet share in wealth management with $2.7 trillion in client assets already.

While financial stocks face headwinds in the low-interest-rate environment, MS has performed well and we are constructive on its lower exposure to consumer and commercial loans, its healthy balance sheet and its relatively inexpensive valuation. MS trades for 10.3 times next 12-months earnings and yields 2.7%. Our Target Price has been raised to $78.

Goldman Sachs Group (GS) had blowout Q3 results; for the quarter, the bank reported a top-line of $10.78 billion. which was almost 15% higher than expectations, and turned in adjusted EPS of $9.68, more than 76% higher than the consensus analyst estimate. The record-setting results came from stronger revenue, lower provisions and good expense controls.

True, the near-term backdrop remains challenging, while there is plenty of uncertainty surrounding the pandemic and its fallout, but strong activity levels, a healthy balance sheet and strategic repositioning have us thinking that GS shares remain quite attractive for the long-term, especially given the strong results the company has been able to produce the last two quarters amidst the chaos.

We would not be surprised to continue to see strong earnings versus numerous competitors because of the company’s lower interest-rate exposure.

The build out of its traditional banking and investment-management businesses should serve shareholders well in the long run, as currently almost two-thirds of Goldman’s revenue comes from its investment banking and global markets trading business segments.

The ultimate goal of Goldman’s evolution is to change the trading and deal-making titan into a more well-rounded financial firm with more stable consumer and commercial businesses. That said, we realize that it may take a few years for the efforts to begin to be truly rewarded by investors.

Shares trade at just 8.4 times NTM earnings estimates and below book value. The current dividend yield is 2.4%. Our Target Price for GS has been raised to $294.

Noninterest revenue continued to pull the lion’s share of the weight in the quarter (56% of the $29 billion in total revenue), backed by strength in investment banking, trading and mortgage fees.

Loss provisioning came in at just $600 million compared with more than $10 billion last quarter, and more than half of loan balances that had deferred payments (mostly from the mortgage portfolio) left deferral status in the period, 92% of which are now current on their payments.

With interest rates still in the basement, management expects full-year net interest income of $55 billion for 2020, some $2 billion lower than the 2019 figure despite average loan growth of 1% so far year-over year. The corollary is the staggering growth in low cost funding (deposit growth is now 28% year-over year).

JP Morgan continues to prove itself as a premier financial institution whose multiple levers have certainly served it well throughout a very difficult year. Despite operational and macroeconomic headwinds, the bank built its Tier 1 common equity ratio to 13% in the quarter.

And even though share buybacks remain on pause, the strong base of capital and latest quarter of strong performance should protect the current ($0.90 per share per quarter) dividend despite the Federal Reserve’s capital and income tests. Shares yield 3.5% and our Target Price has been boosted to $144.

Wells Fargo & Company (WFC) is a valuable and diversified major bank with extensive retail and c...