We coined the term “bear-killer” for October way back in 1968 in the 1969 Stock Trader’s Almanac, the second edition. The original theory from the 1969 Almanac still holds water, recalls Jeffrey Hirsch, editor of Stock Trader's Almanac — and a participant in The MoneyShow Orlando, October 30 to November 1. Register here.

October has been the big bargain month of the post-World War II era. Its chief asset is its enviable position in the calendar. It falls in front of the most bullish three-month span of the year (November, December and January).

At this time, volume picks up considerably and there is a great seasonal demand for stocks. The annual surge of investment funds into the market has helped stem the tide of major bear markets enabling October to become the “bear-killer.” 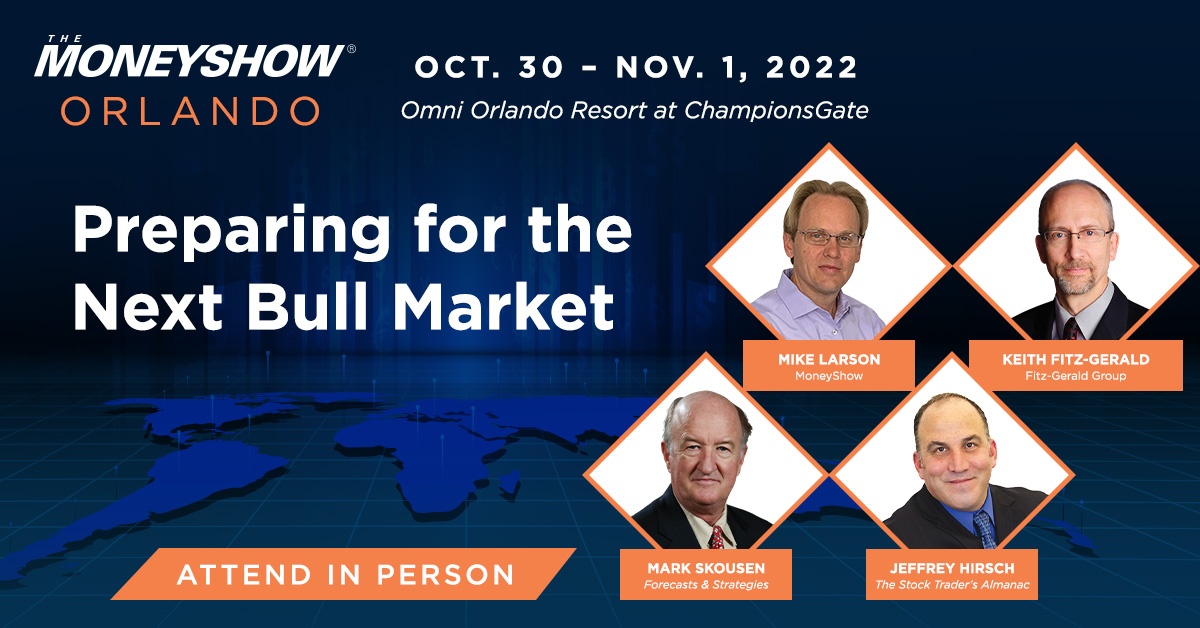 Amazing how little this has changed in 54 years despite the many systemic changes to the market, technological advances and shifts in collective human behavior and behavioral advance. The negative seasonality in September and volatility in October that creates “Octoberphobia” and turned October into a “bear-killer” comes from fund tax selling, end of Q3 window dressing and portfolio restructuring. 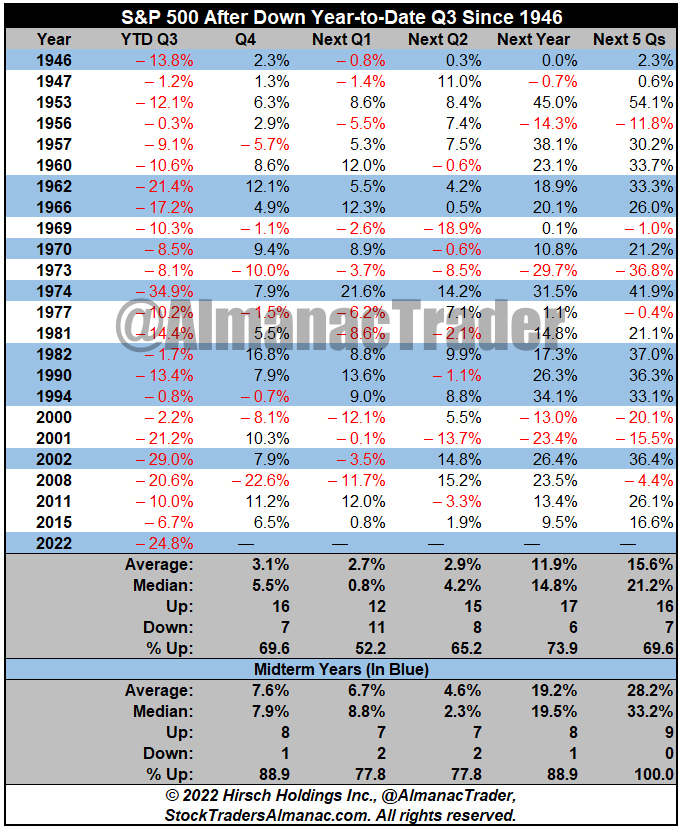 So, while things look grim out there on Wall Street, economically and globally, odds are we are nearing a bottom and the prospects for Q4 and next year are encouraging, at least historically, seasonally and 4-year cycle-wise. Make no mistake headwinds remain numerous, and volatility is likely to persist in the near-term with some back fill of recent gains a possibility. But the market is forward looking, and the worst is either past or will soon pass.