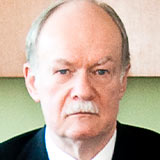 It looks like the US retailer is finally joining the 21st century, the Age of the Strategic Partnership. JCP is looking to link up with a well-known Canadian fashion brand to add some zip to is clothing line, notes Pat McKeough of TSI Network.

Loblaw Companies (Toronto: L) recently formed a partnership with JCPenney (JCP). Under this deal, Loblaw will build Joe Fresh casual-clothing boutiques inside 700 of Penney's 1,100 department stores in the US. These outlets should open in April 2013. Penney will also sell Joe Fresh products through its Web site.

Loblaw started selling its popular Joe Fresh clothing in supermarkets in 2006. It is now sold in 300 of Loblaw's stores, up from 40 five years ago. It also has 12 standalone Joe Fresh stores in Canada and six in the New York City area.

Loblaw plans to open 13 more Joe Fresh stores (eight in Canada plus five in the US) by the end of this year. These new stores will help Loblaw compete with US-based discount retailer Target (TGT), which plans to expand to Canada in 2013.

New Efficiency Initiatives Push Down Loblaw's Earnings
Also, Loblaw continues to invest in new computers as part of a plan to improve its efficiency and avoid product shortages in its supermarkets. In the three months ended June 16, the company spent $20 million on these initiatives.