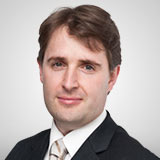 We may see a steadiness return to the sovereign debt market, says Eoin Treacy of Fullermoney.

If we accept that the largest bull markets inevitably give way to large bear markets and vice versa, it is inevitable that at some point government bonds will be the most risky asset, despite the fact prices have been going up for a long time. Since government bonds are an important asset class, I thought it would be timely to review some of the larger markets on an absolute and total return basis.

At the beginning of January, the US ten-year yield pushed back above the 200-day MA for the first time since April 2011, and has since rallied above 2%. A sustained move below 1.8% would be required to question current scope for continued higher to lateral ranging. If the more than 30-year bull market is to remain consistent, it will need to find support and sustain a rally back above the MA.

The German ten-year yield has rallied to test the upper side of its six-month range, and while somewhat overbought in the very short term, a clear downward dynamic will be required to signal a return to demand dominance.

UK ten-year yields hit a medium-term low between June and August 2012, ranged above 1.68% from September, and broke upward once more in January. The rate found support near 2% three weeks ago and a sustained move below 1.95% would be required to question medium-term scope for continued higher to lateral ranging.

The Japanese ten-year yield lost downward momentum from July and posted a higher reaction low for the first time since April 2011, three weeks ago. A sustained move below 0.7% would be required to question potential for additional higher to lateral ranging, demonstrating supply dominance over the medium-term.

The Swiss ten-year yield hit a medium-term low, posting an upside weekly key reversal in mid-December, and has continued to advance. A sustained move below the 200-day MA, currently near 0.63%, would be required to question medium-term supply dominance.

The Australian ten-year yield has lost downward momentum but has held a progression of lower rally highs, despite the recent rally towards 2%. A sustained move above 2.2% will be required to begin to suggest supply dominance beyond the short term.

The Canadian ten-year yield rallied to break its almost two-year progression of lower rally highs last week, and a sustained move below the 200-day MA, currently near 1.85%, would be required to question medium-term scope for continued higher to lateral ranging.

In conclusion, the majority of the above government bonds have experienced at least short-term technical deterioration from historically high levels, having either dropped below or tested their trend means on a total return basis. They will need to find support in this area if medium-term uptrends are to remain reasonably consistent.

Considering the potential impact of political uncertainty in Spain and Italy and the concurrent short-term overbought conditions evident in stock markets, the potential for at least a steadying of government prices in this area has increased.

Is it Time to Short Bonds?

Keep Your Eye on Treasury Rates

The State of Muni Bonds