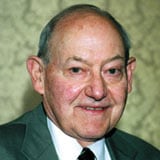 Fidelity Worldwide (FWWFX) can invest anywhere in the world, but it consistently has had the majority of assets invested in the US (60% recently), observes Walter Frank, mutual fund expert and editor of MoneyLetter.

The investment strategy is described as a “mosaic approach” that emphasizes the best investment ideas of the managers across the globe. The ultimate goal for Fidelity Worldwide is to produce above-index (MSCI ACWI or All Country World Index) performance over a full market cycle.

The managers focus on high-quality companies with above-average growth prospects that are trading at reasonable prices.

Furthermore, they emphasize companies with businesses that have stable and high returns on capital, generate solid free cash flows, and have strong balance sheets and management teams. They utilize in-depth fundamental research combined with technical and quantitative analysis.

Looking geographically, Kennedy states that while the fund can invest anywhere in the world, the managers have not found “the valuation anomalies that warrant sizable geographic overweightings relative to the fund’s MSCI ACWI benchmark.”

The fund’s 60% asset allocation to US stocks is in line with the benchmark, but Kennedy notes, “We tend to take bigger, more concentrated positions in the US, so we don’t need to have an overweighting to outperform; we just have to own the right stocks.” He adds that US stocks have outperformed foreign equities for years, so the risk/reward may be skewed more in favor of international equities owing to their lower valuations.

Internationally, Kennedy says that the fund has a modest overweighting in continental Europe (roughly 20% of assets), as valuations there appear more attractive than in the US.

In contrast, the fund has a below-benchmark weighting in Japan (7.2% compared to the benchmark’s 8.6%). Kennedy explains that higher-quality stocks there remain expensive and many parts of the economy are pressured by aging population demographics.

The fund has a 5% stake in emerging markets securities, which Kennedy notes have been trading at the lower end of their valuation range. The Worldwide Fund portfolio has 30.7% of assets in the information technology sector, well above the benchmark’s 18.5%. Notably, several of its best recent contributors to performance are US-based software and services names.

Fidelity Worldwide’s year-to-date gain of 17.7% is handily outperforming its Morningstar world stock category, which is up 2.6%. In fact, it is outpacing more than 90% of its peers. Looking forward, Kennedy notes that overall, economies around the world are fairly healthy, and generally improving.

But on a cautionary note, he says stock valuations are relatively expensive, interest rates are on the upswing, and we are in the late stages of the earnings cycle. The fund’s flexibility to invest anywhere is an advantage, and astute stock picking will be key to fund returns.