Munis: Not for the Faint-Hearted 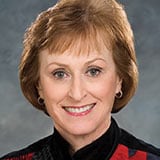 Investors should run, not walk, away from low-quality munis, such as these highlighted on the wall of shame of Marilyn Cohen of Envision Capital Management.

The lava in this case is the red-hot viscous bad news still emanating from the municipal bond market. This daymare won't end for municipal bond investors until the lava solidifies. It won't end until the geographically spotted bankruptcies cease; until unfunded pensions are resolved; until the courts rule; and until the restructuring begins. All the while, the flow is slow, and anything it touches gets scorched.

You read the papers and see what's happening in Detroit, Stockton, San Bernardino, Chicago, and Puerto Rico. The sound and fury, posturing and bluffing, may appear a bit different in each case, but the subliminal outcome is the same—bondholders must share in the pain and take a haircut.

Take the City of Detroit. Things are terrible. The city's population fled, leaving a low tax base, unions that won't negotiate, and people in power that are in denial about the depth of the financial problems. In other words, a city careening towards financial collapse.

And if my words don't make an impact on you, go online and look at photographs of Detroit. It looks more like Beirut than an American city. That explains everything.

A recent Moody's report correctly points out that Detroit's emergency manager has been using the words "fair and equitable" when describing his restructuring strategy. Moody's states, in plain English, that this means bondholders will take a hit.

Even though the US economy is healing overall, there are festering cities and states (can you say Illinois?) whose risk versus reward is not in your favor. There's also enough municipal bond consternation going on that you can't control:

So buy high and sell low! That is, only buy high-quality municipal bonds and sell the low-quality munis you own. And don't listen to the talking heads pontificating that general-obligation bonds are safe and secure. That was true in the "old days," but no longer.

The great American municipal bond restructuring is selectively in process—like a slow lava flow. Run away and sell those issues that may scorch your portfolio.

Should Anyone Buy Bonds?