LUV is the the Air? 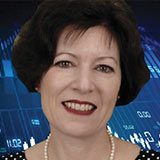 In the press release, CEO Gary C. Kelly began his opening remarks with statements of immense sorrow over the airlines’ very recent tragedy in which a passenger died.

The company has since inspected about 80% of its fleet, and expects to complete all inspections in May. Second quarter bookings are lower than previously expected due to the air accident.

Kelly additionally described the company’s new air travel services: “We continue to expect to begin selling tickets in 2018 for service to Hawaii, and today we announce our intent to begin service to four Hawaiian airports: Honolulu International Airport, Lihue Airport, Kona International Airport at Keahole, and Kahului Airport. Additionally, we entered into an agreement with Alaska Airlines to lease 12 slots at New York's LaGuardia Airport and 8 slots at Washington Reagan National Airport.”

LUV is an undervalued stock that’s experiencing aggressive earnings growth. The stock is down 3% this morning at 52, near the bottom of its one-year trading range.

I’d like to reiterate that LUV is not yet ready to rebound toward its recent high of $66. That being said, patient investors who buy LUV now will be getting quite a bargain. I rate the stock a Strong Buy.