How to Pairs Trade with Options 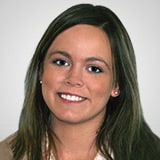 By learning to pair call and put options on stocks within a sector, option traders and investors can earn substantial profits while still controlling downside risk.

The volatility seen in the broad market of late has spooked more than a few bulls into sitting on the sidelines. However, by pairing calls and puts on two sector peers, investors can profit in both up and down markets—and reduce their stock-specific risk.

Is Pairs Trading Right for You?

Pairs trading is best suited for traders who are bullishly or bearishly biased toward a certain stock, but who remain nervous about sector-specific or market-wide shakeups. The investor is hesitant to risk precious capital by purchasing a lone call or put, and thus wants to hedge his/her bets.

First, the pairs trader would purchase a call on a stock with the potential to move higher. However, to protect against sector volatility or an unexpected move in the wrong direction, the investor would simultaneously buy a put on a different stock within the same sector on which he/she holds a bearish view.

The trader would allocate roughly the same amount of money toward the call and put purchases, with both legs typically managed as a single trade.

The best-case scenario is for the underlying stocks to move in the respective directions predicted, placing both the call and put positions in the money. However, the pairs trader can also profit if the returns on the call trade significantly exceed the losses from the put trade, or vice versa.

In addition, the investor can guarantee a profit if one of the two options more than doubles in price by expiration.

NEXT: More Benefits of Pairs Trading, Plus Key Risk Factors

Plus, pairs trading allows you to exploit the principle of convexity. For example, a call with an initial Delta of 0.5 will lose half a point when the underlying stock drops one point. As a result, though, the call's Delta will be lower, meaning another one-point drop from the stock will result in a slimmer loss for the option.

On the flip side, a call's Delta will increase as the underlying equity powers higher, meaning the option's value will rise on each successive gain. Or, simply put, the investor is playing more dollars on the way up, while putting fewer dollars at risk on the way down.

Aside from the appeal of a better night's sleep, part of the beauty of this strategy is that traders can make money from significant moves in either direction.

Furthermore, compared to a stock owner or the average option player, the pairs trader is less vulnerable to the unexpected, and the hedge helps to reduce the investor's average loss compared to buying a lone call or put.

With most hedging strategies, the "insurance" and peace of mind don't come free. In pairs trading, the initial premium paid for the two options is (obviously) more than what the trader would pay for buying a single call or put. However, the losses typically tend to be small, since the investor is hedging a directional view.

The worst-case scenario is for both stocks to go against the trader's initial predictions, making the call and put worthless at expiration. In addition, stagnation is another one of the pairs trader's enemies—especially if the investor bought relatively expensive options. However, the investor's maximum losses are limited to the initial cash paid to purchase the two options.

When to Execute a Pairs Trade

Since the premium paid for the two options represents the maximum risk of the pairs trade, the best time to initiate this strategy is against the backdrop of relatively low implied volatility (IV). By measuring an option's IV against the stock's correlating historical volatility (HV), speculators can gauge the relative richness of the premiums.

For example, an option with two months to expiration and an IV of 40%, juxtaposed with the stock's two-month HV at 25%, suggests the options are somewhat expensive at the moment.

Another way to gauge the cost of a stock's short-term options is by examining its Schaeffer's Volatility Index (SVI). A rising SVI (like in the example above) tells us that demand for the equity's near-term options is on the rise, which, naturally, can elevate premiums.