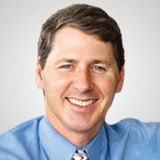 A straddle is a trade that engages both at-the-money put and call options, notes Robb Ross.

For those who have been active in the markets for a quarter-century or more, it’s difficult to find anything unique. But when it comes to options, the list of strategies is enormous. These include bull put spreads, butterflies, iron condors, bear call spreads, straddles and strangles. Then, there are variations. Here, we’ll look at one variation of the classic straddle called the Alternative Hedge Strategy.

The Alternative Hedge Strategy is a premium-capturing program that involves selling the straddle and then placing orders in the underlying market to provide a level of coverage should the underlying move significantly in one direction.

The Alternative Hedge Strategy can be used in any market that has options, including forex, futures and stocks.

It’s nice to collect the premium, but the danger is that the underlying market will move enough that the option buyer can execute against you. When selling options, the exposure is technically unlimited. Taking the above example, if you collected 100 points for the straddle (50 points for the call and 50 points for the put), but the S&P 500 dropped to 2500, the put would then be worth at least 250 points and you would be down at least 150 points. At $50 per point, that’s $7,500. The loss could be more, depending on how much time value is remaining on the options.

The Alternative Hedge Strategy offers a level of protection for the options positions — thus, the position is no longer naked. Applying this to the previous example, if we got 50 points for the call and 50 points for the put, a pair of good until canceled stop orders in the S&P 500 would be appropriate: The orders would be:

Once the straddle has been sold and the orders have been placed, there are three basic scenarios in which the trade makes a profit. In the perfect scenario, the market stays below 2800 and above 2700. The trade collects the entire option premium on one side and part of or all the entire option premium on the other side, depending on the close at expiration. If, in this case, the market expired at 2755, then the entire put premium was retained and 45 of the 50 points of the call premium were captured.

However, it is unusual that neither of the stops were hit. What normally happens is a trend develops in at least one direction during the trade’s life.

If on the day of expiration, the market is at 2804, the call expires being worth 54 points. It was sold for 50 points, resulting in a loss on the call option of 4 points. However, you went long the S&P 500 at 2800, and it closed at 2804. The resulting gain on the S&P was 4 points. The long trade covered the call position. The other thing to remember is you collected all of the points on the put (50 points = $2,500). As long as the market remains above the put’s strike price, the position will make money.

Every price above 2750 achieves the maximum profit of 50 points ($2,500). If the market trends strongly in the direction of the initial stop, the trade will be profitable. Unlike other option writing programs that get hammered during a trend, the Alternative Hedge Strategy loves trending markets. It locks in the profit and covers the losing side.

Finally, instead of the market hitting your buy stop, let’s say it went down and engaged your sell stop at 2700 and then continued down and closed at 2600 on the day of expiration. You’d lose 100 points on the put (150 points value at expiration minus the 50 points collected in premium). But you’d also make 100 points on the short sale and wash out the put loss. Then you’d gain all 50 points on the call option because it expired worthless.

Every trading method has losing scenarios, and this is no exception. There are two basic situations where the trade loses money: Gaps and whips.

With a price gap, the market jumps past your stop and executes you at a worse price than you were expecting. Because of this risk, it’s advisable not to use this strategy with commodities known to have locked limit days, such as lumber, hogs, corn, etc. It works best with liquid markets like the E-mini S&P 500, Crude Oil, & euro.

Another scenario that ends in a loss is a whip trade. This occurs when both buy and sell stops are hit. When the second one is hit, then the entire trade is exited. This involves buying back the straddle. The resulting loss is dependent on how much time premium is left in the options. The earlier the whip occurs in the trade’s life, the bigger the loss, as opposed to a whip occurring with only 10 days remaining in the option’s life.

Finally, because stop orders are being used, there will be times that you’ll get slippage (the order is filled at worse than your stop price). If, on expiration day the futures price closes near the strike, it may not be clear whether the option will get exercised. You don’t want to come in on Monday thinking you had a profitable trade only to find out you’re long the S&P 500 and it dropped Sunday night by 50 points. Sometimes, it’s better to buy back at least one leg of the option right before expiration just to avoid this scenario known as pin risk.