While nearly every major stock, particularly in the Dow Jones Industrial Average Index, took a hit on Monday, the QuantCycles Oscillator has interesting plays in both directions. 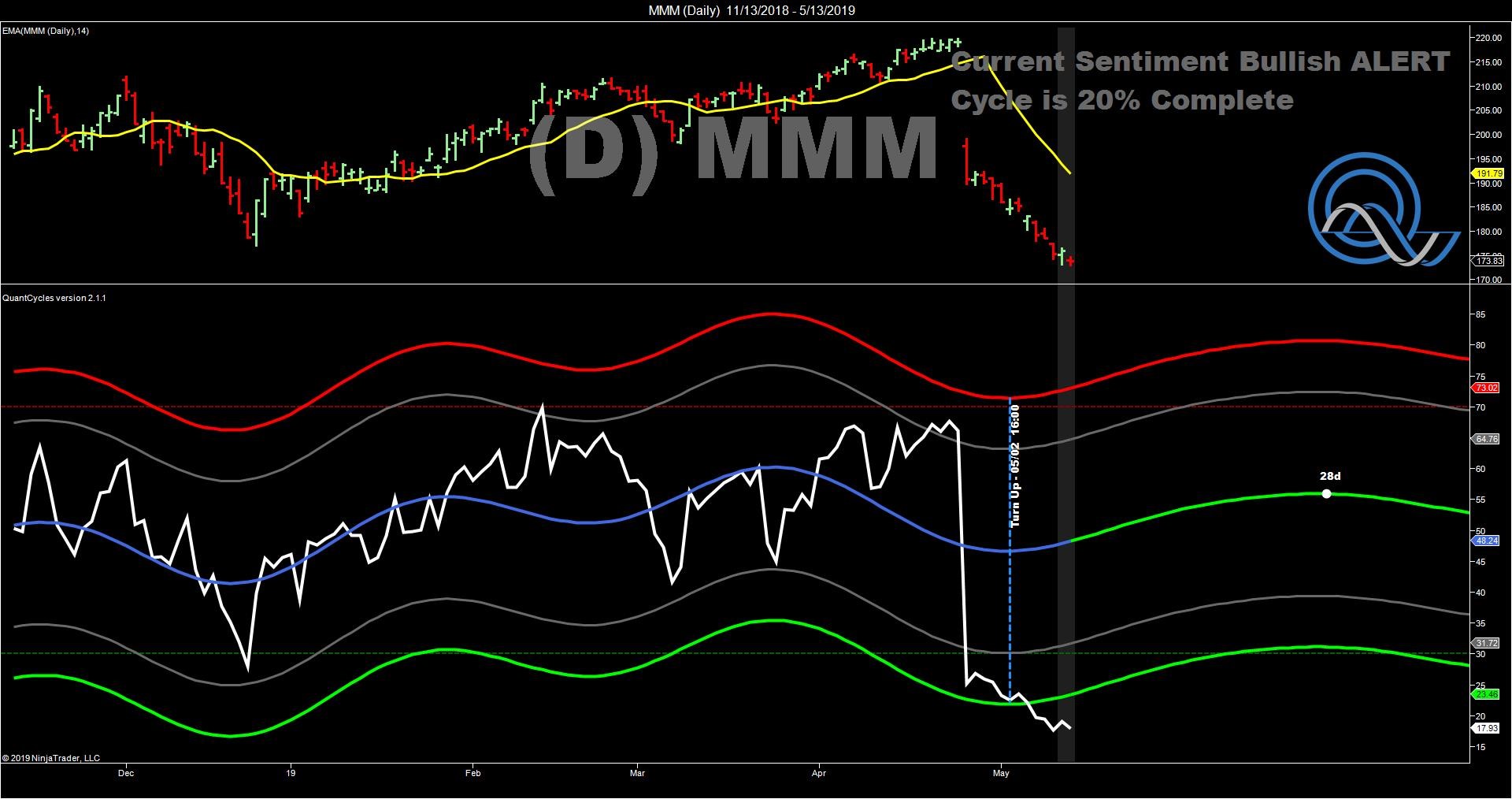 3M actually outperformed the Dow on Monday, dropping only 1.02% vs. 2.38% for the index. It is having a poor year and the sharp April sell-off occurred in an up cycle. That long-term cycle is expected to persist for a couple of more weeks, and 3M is near extreme oversold territory in the weekly (see chart). 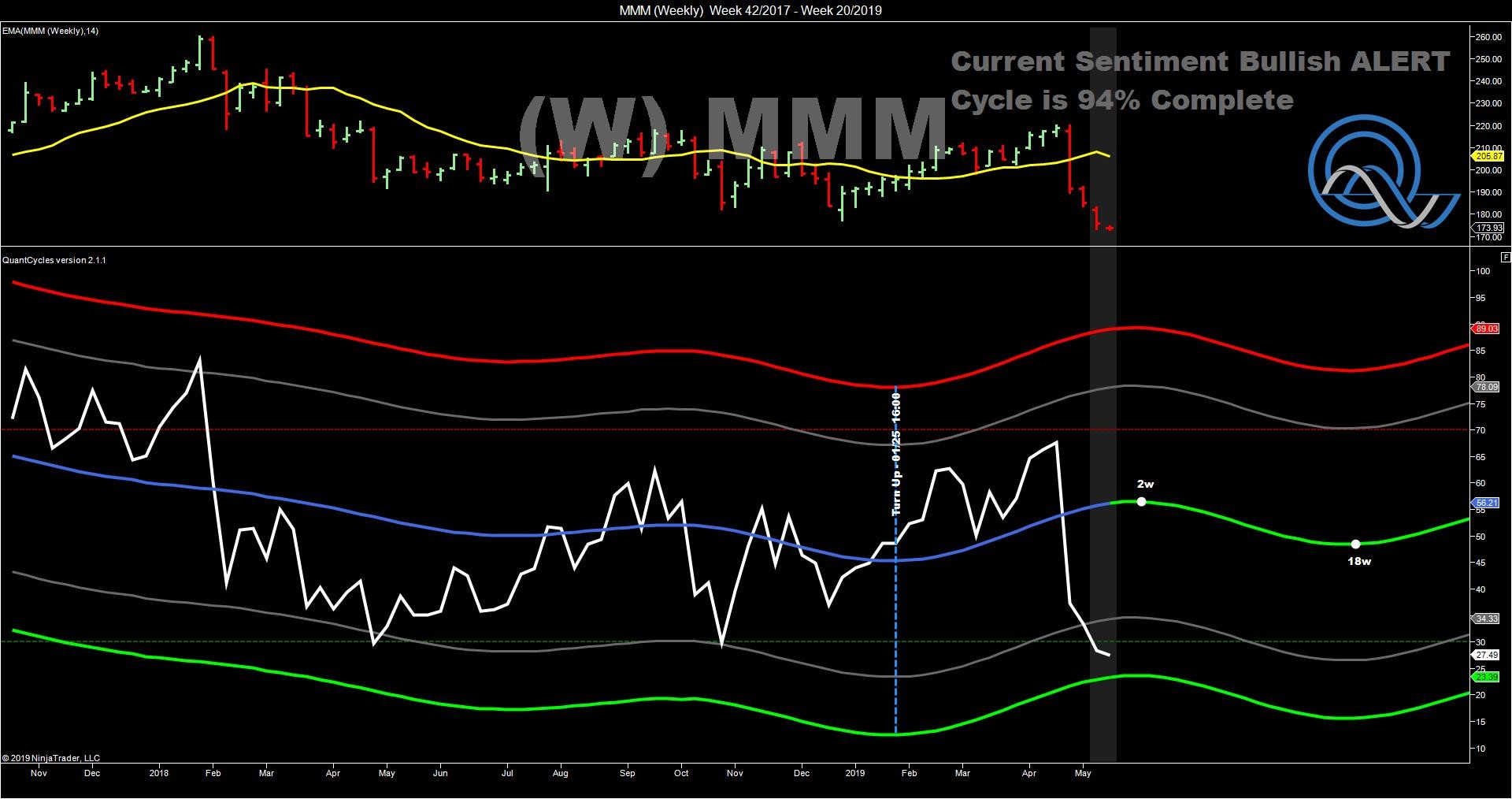 The short-term (four-hour) oscillator turned up last week and the stock’s recent weakness has put it in oversold territory, creating a solid confirmation of a long play. 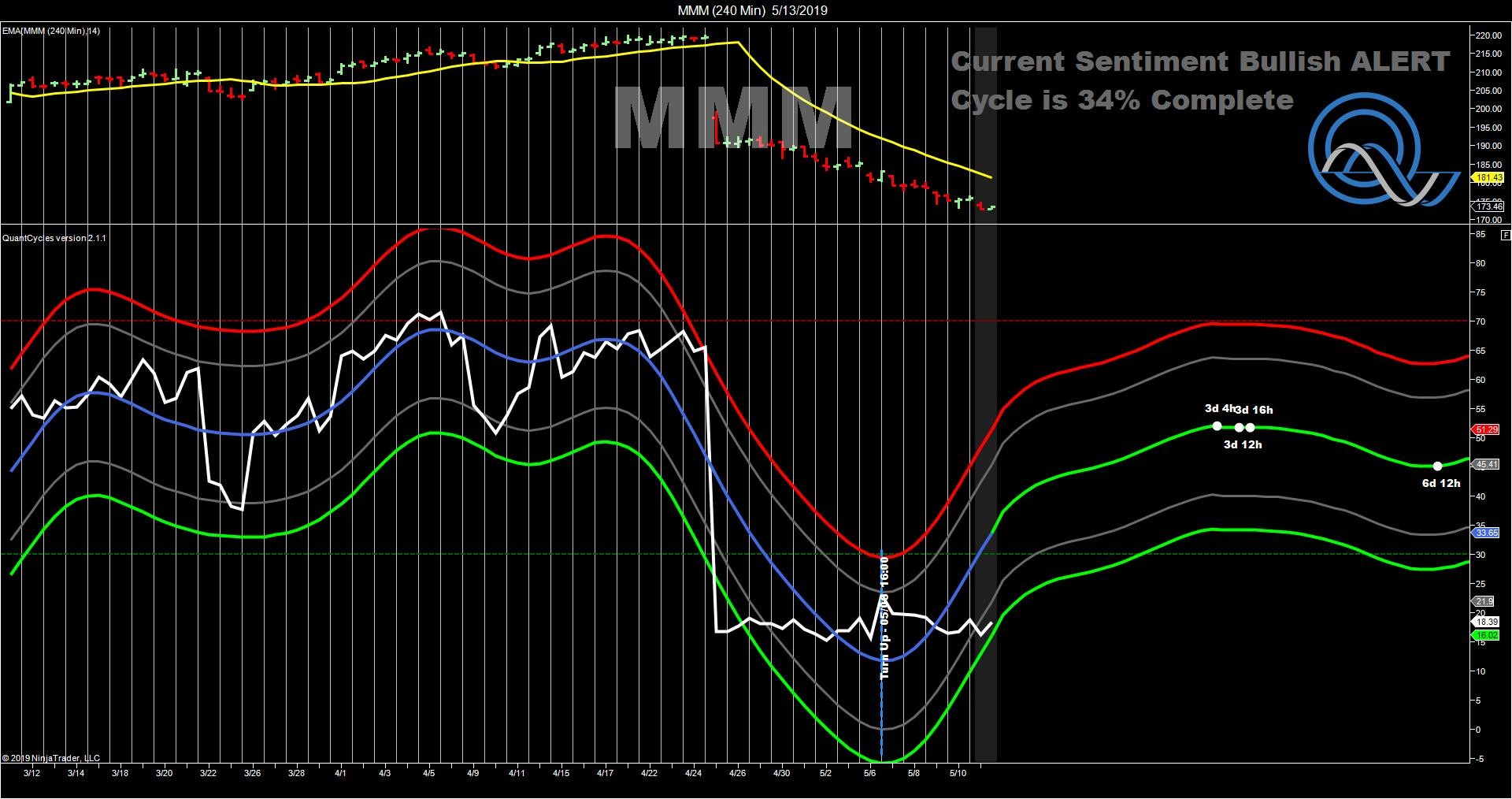 Given that recent U.S.-China trade tensions has put pressure on the agriculture sector, it is a good time to find a stock with poor technicals to match the weak fundamental perspective in the sector.

Tyson Foods (TSN) has been on a tear since the December 2018 market bottom. The long-term QuantCycles Oscillator turned in the middle of April, but the stock continued to rise, putting it near overbought condition (see chart). 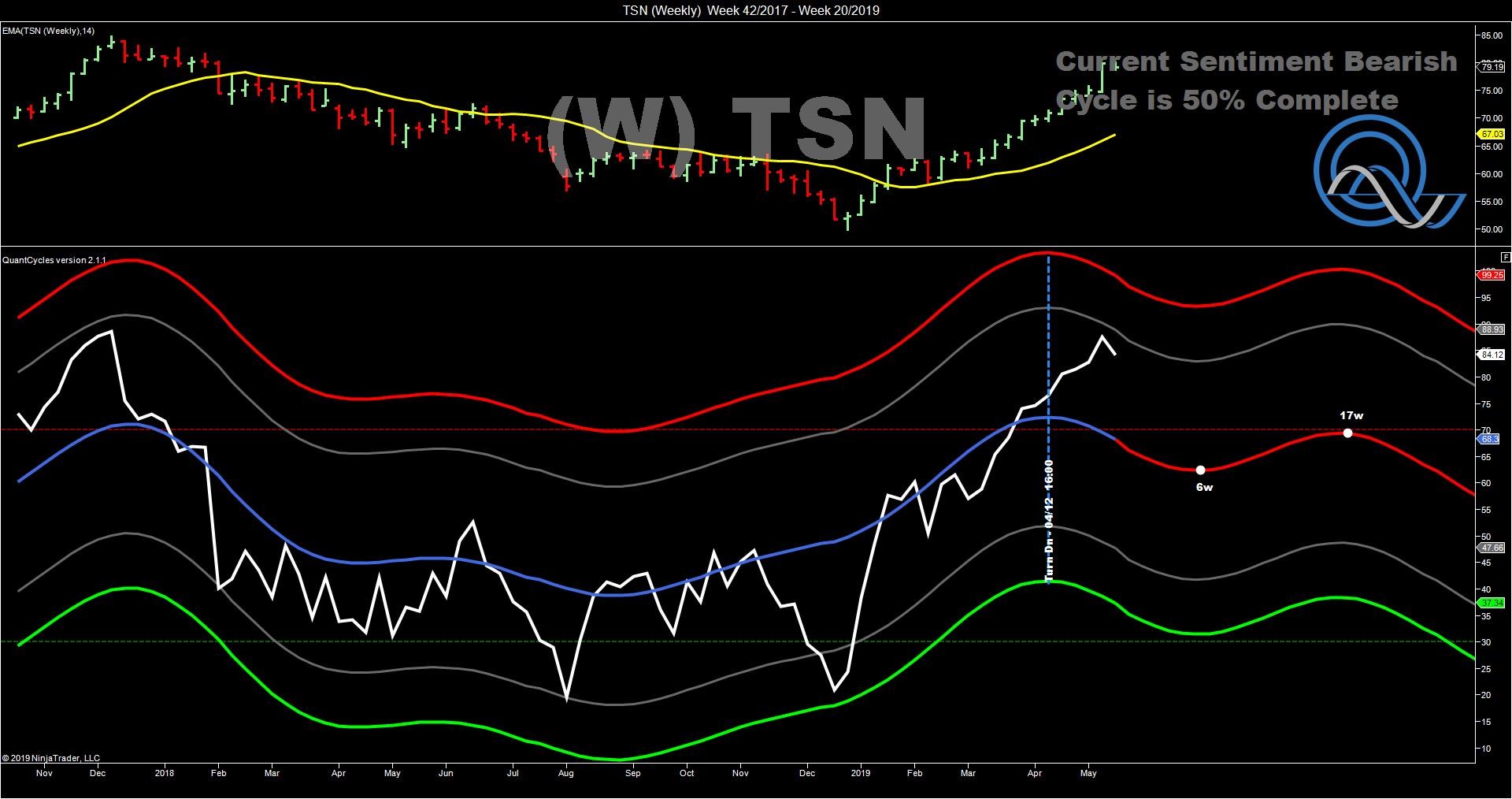 The daily chart turned at the same time. It has touched on extreme overbought territory going into yesterday’s sell-off. It expects to move lower over the following month. 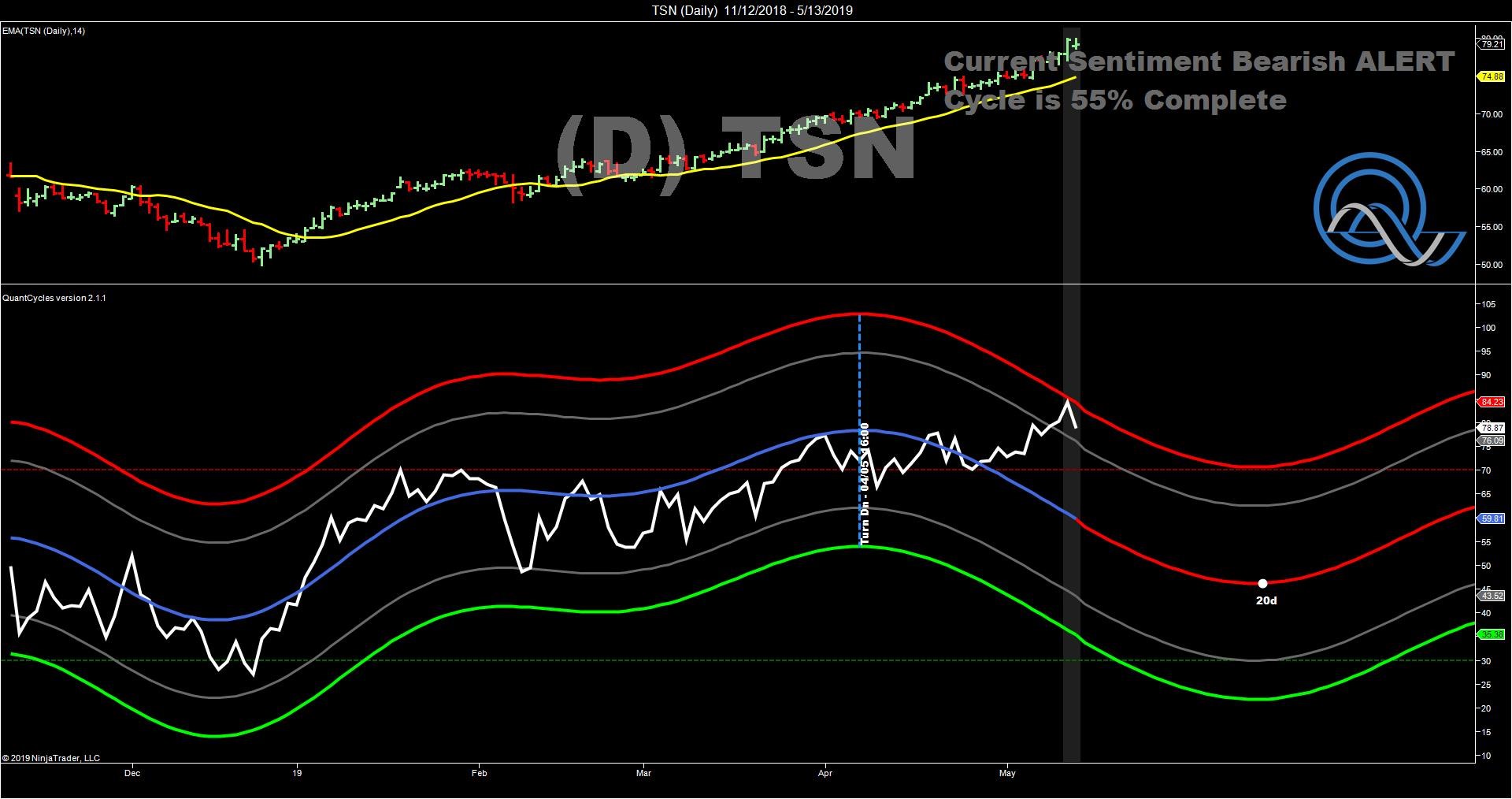 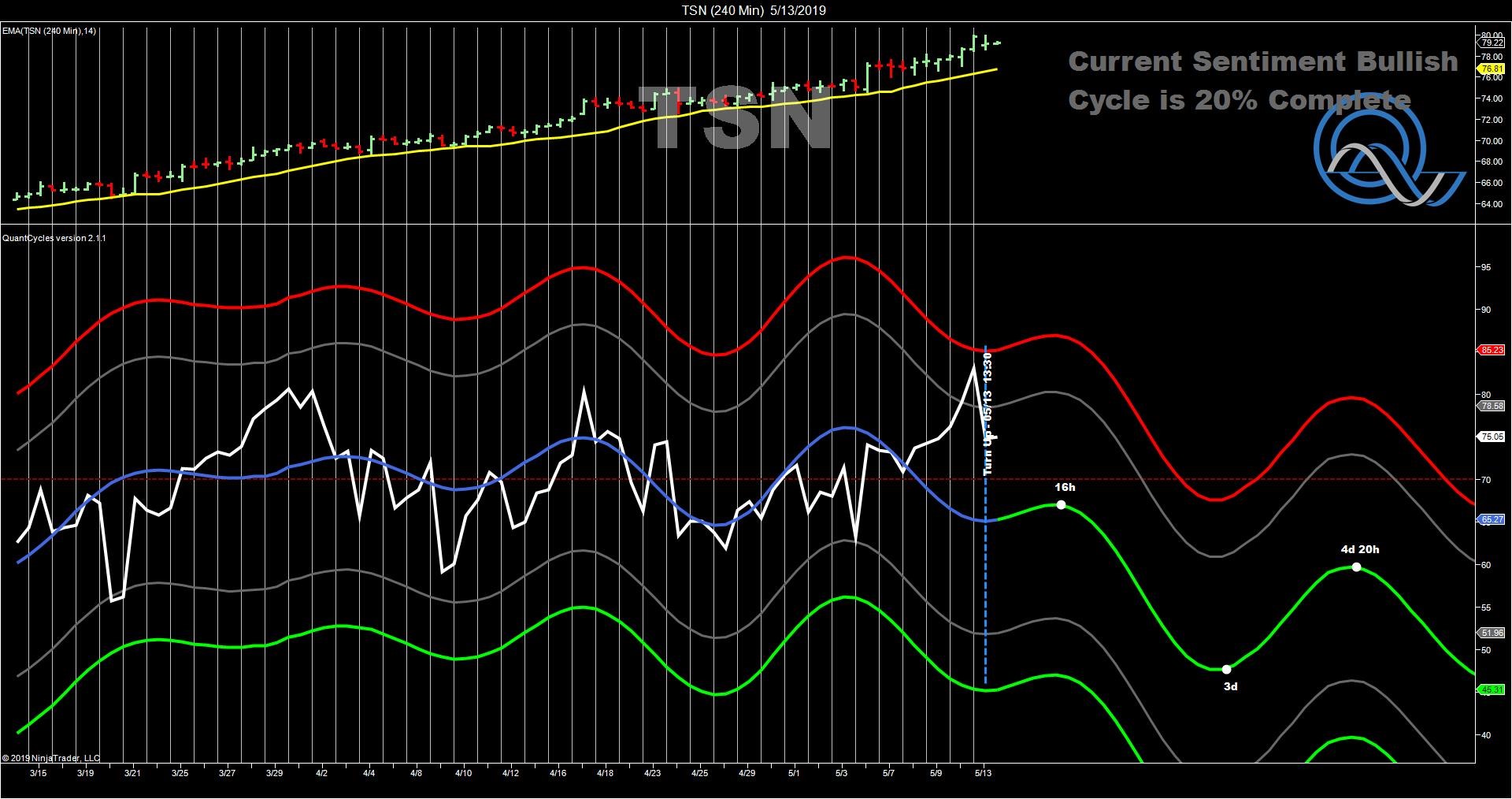 Markets Withstand as Civilization Is Under Siege
2 hours ago