Becoming consistently profitable is a process. It’s a journey without shortcuts. One of the roadblocks aspiring traders may face is initial success based on a one-way market, states Jeff Greenblatt.

For myself, the first serious exposure I had as a trader was during the Internet bear of 2000-2002. Money flowed very easily. Once the market turned back up in 2003, I struggled. The reason I struggled was most times when the market reached a small pullback inflection point, it took off to the upside again. This was a radical departure from the bear where it seemed that every pullback turned into a big drop.

I had to learn how to navigate both bull and bear trends. Gann stated one doesn’t become a seasoned trader until they go through two complete bull and bear markets. In my case, the lessons learned from 2003-2006 served me very well when the market turned back up in 2009. In the past 20 years the stock market has been mostly in a bubble or a bear market. It’s hard for a trader to adjust from one environment to the next. That being said, the developing trader must overcome two pitfalls. One is assuming luck is skill, which leads to complacency. The other is a slow transformation where one transforms into a winner.

First of all, many intermediate traders (especially bears) tend to overstay their welcome. Bulls and bears make money, but pigs get slaughtered. The problem with the bullish bubble phases is it breeds overconfidence in developing traders. They don’t understand the reason for the paper profits is not skill but being the beneficiary of a one-way market. Many people believe the market can only go one way and that is up.

For this type of trader, getting into profitable positions isn’t the problem. It's keeping the profits, which becomes the challenge. As a trading coach I can’t tell you how many times I’ve encountered traders who gave back small and larger fortunes by staying too long. Giving back profits is worse than not having any at all. For real traders who rely on skill, getting into profitable trades is hard work. It’s not based on luck, rather knowing when an edge appears and having the courage and conviction to take the trade. To be ahead but end up losing not only drains the bankroll, it drains confidence as well.

On the other side of the coin is the losing trader who survives long enough in the business to overcome their mistakes. To use a sports analogy, a losing professional sports team, which climbs up the standings has many lessons to learn. Basically, teams go from losing big to losing small to winning small and then finally winning for real.

As opposed to the trader who is the beneficiary of a good market and needs to learn how to become a real trader, the losing trader who transforms from a caterpillar to a butterfly has to first learn how to get into winning positions. If you are trading the E-mini or E-micro intraday, I’m sure you’ve figured out there will be inflection points in the day, which seem very scary. In an age where certain candles can move up to 100 points per minute, taking a trade with the stop loss being 50 points away can be mentally challenging. The progression of becoming a winner is taking the points when it goes your way.

The journey from intermediate level to advanced means transforming from winning small to something better. At some point, the trader will realize they needed to stay in the trade longer and they’ve left too many points on the table. The idea isn’t taking more trades, it’s staying with the ones that are going well longer. It’s vitally important to do this because you will have losers. You probably noticed that when you are wrong and get stopped out, it usually happens quickly. The only way you don’t get hurt or fall into the syndrome of win a few, lose a few, not getting ahead is staying with winners long enough to get consistently ahead of your losers.

There’s another benefit. Developing traders who are hoping to do well as opposed to knowing deep in your spirit would be best served to not worry about taking positions when their edge appears. Nobody likes to lose and many of us will avoid it at all cost. But small losses are part of the business and you must shake it off just like a pitcher who gives up a home run or a quarterback who throws an interception.

Two scenarios that are uniquely different but must be dealt with properly. While both mindsets present formidable mental challenges, it’s the person that grinds and doesn’t get a short cut to success who usually ends up sustaining in this business.

How does the trader who stays too long overcome that problem? Manage your emotions and realize what they mean. When you take a position initially there should be some butterflies. A Broadway actor always has a little uncertainty before every performance. As a trade materializes one goes from some anxiety to some confidence. Later one as the pattern gains in strength, the time to seriously consider exiting is when one gets a sense of euphoria. If you get euphoric about a position, chances are it could be near the high.

Seasoned traders will monitor their emotions to realize the game is getting late and in the very least should keep a trailing stop. If you get euphoric and just hope something great is going to get even better, you are likely setting yourself up for a major disappointment. If you are trading for income, the idea isn’t to stay as long as you can. The idea is to stay in the trade long enough that you get beyond the point where the pattern grinds for points.

After the grind, many patterns take off and the points come quickly. Don’t ever give those back because that’s the kind of accounting that will put the intermediate level trader at the next level, which is being profitable consistently. Once you get to that point, learning how to properly add to positions as the pattern develops will lift the newly consistently profitable trader to mastery.

By the way, the Fed announced easy money policies through 2023. The market, which is addicted to easy money liked the sentiment. But in reality, who knows what is going to happen in November, let alone three years from now. 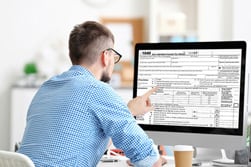