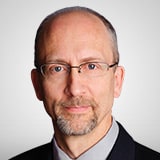 The biggest, most consistent, and secure path to profits is deceptively simple: find and buy the world’s best companies, ideally when they’ve been kicked to the curb or are controversial, suggests Keith Fitz-Gerald, editor of Five with Fitz.

Canoo Inc. (GOEV) shares are dirt cheap and completely off the radar for most investors because Tesla (TSLA) and Rivian (RIVN) get most of the press.

Management has been a case of musical chairs since formation, but recent news suggests that’s settling down.

Investor Tony Aquila took over as CEO in 2020 and has wasted no time in making his influence felt. Aquila nixed plans with Hyundai while also shifting the company’s focus from individual EV sales to commercial fleet operations and small business.

More recently, Aquila moved the headquarters from Torrance, CA to Bentonville, Arkansas. That really caught my attention because you-know-who is centered there. As of press time, there’s no deal with Walmart (WMT) for fleet vehicles but I must believe that the super-savvy Aquila is working an angle to make that a reality.

Walmart has made no bones about being able to end-run Amazon (AMZN). Having a multi-platform vehicle like Canoo at its fingertips could be just the thing it needs to build an efficient, eco-friendly fleet.

Admittedly, I am concerned about the possibility of a dilutive offering but not by much. Like many smaller growing companies, Canoo will gobble cash as it accelerates and hopefully works its way into a much larger valuation.

Production is being accelerated to Q4 2022 but a deal with Walmart could easily move that timetable forward still further. And, of course, send shares soaring. Getting ahead of that possibility is super appealing!

Action to Take: Buy under $10 a share and "hold on for dear life" because the ride could be bumpy but ultimately super profitable with a speculative choice like this one! (Disclosure: Keith Fitz-Gerald owns and trades shares of Canoo as do members of his family.)