For months we have a checklist of risks of crash conditions - including internal market divergences, dominated our assessment of the indicated Rinse & Repeat rebounds off the February break following a warning during January’s unsustainable rise, writes Gene Inger.

Yes, we nailed the ensuing trading low. And believed ensuing rallies would be sold-into, which they were. All of a sudden, others have figured out our view that the economy stagnated since early this year, and that we’re in a sort of Rolling Bear Market.

That is a good term to describe the underlying rotational selling since the February breakdown and sequence of faltering rebounds moving toward the FAANG+ plunge. A shaky rebound, and probable further erosion. 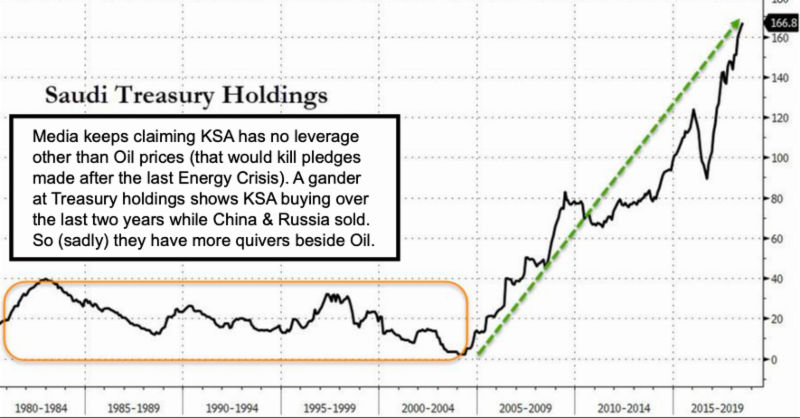 Washington Post Tuesday: Whether Trump has financial interests *in* Saudi Arabia, he has plenty *with*the country.
**

The dynamics of it all was a huge distribution under cover of a firm Dow (DJI) and S&P (SPX), or selling under what I’ve called The Big Top.

How big remains to be seen and has known variables while at the same time there’s no doubt that for momentum stocks (FAANG or similar) it’s not exactly bargain day. Or for some, remains sell the rallies day, although if they even get sufficient movements up to make them even come-close to the prior highs, then in reality it’s not the beginning of a big Bear, barring some unforeseen financial or geopolitical crisis. 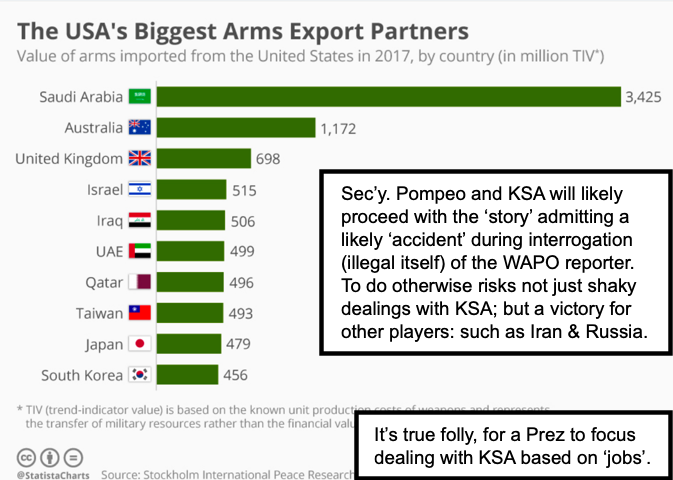 How so? Because if this really is a Bear, or a crash rather than correction as we’ve called for, then you should not bring it all the way back. (Meaning those panting for recovery should only see partial rebounds, not a move that makes them whole, if indeed this was a meaningful big shift or not an accident as some of the hand-holders constantly contend it as). 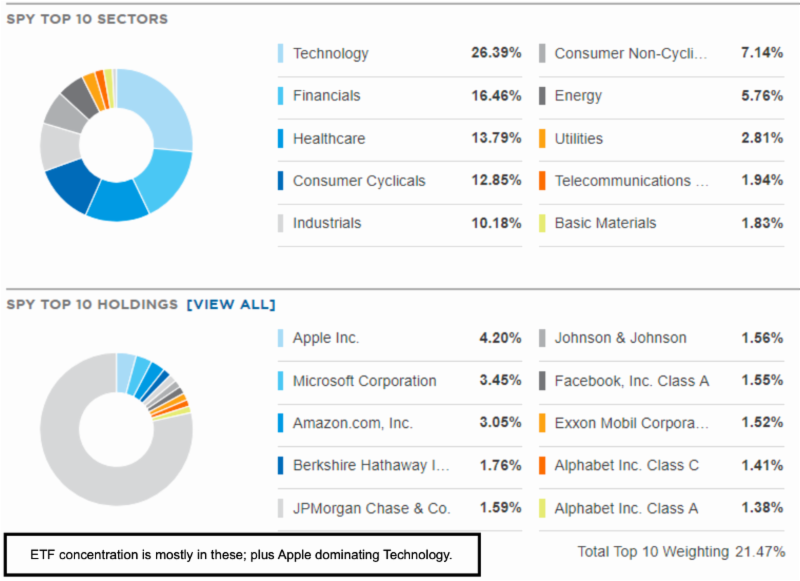 We broke down from an S&P wedge pattern that was accompanied by low volume rebounds, grinding out of new highs unaccompanied by broader or growing Advance/Decline leadership (often the opposite). Leadership primarily came from that narrow universe of big-cap momentum (FAANG) stocks, plus Oil, which gave the illusion of strength.

That ended in January for at least the majority of stocks and failed as suggested likely during the rallies of early-mid July. Erosion increasingly set-in during a superficially or seemingly-boring sideways market that prevailed for weeks. 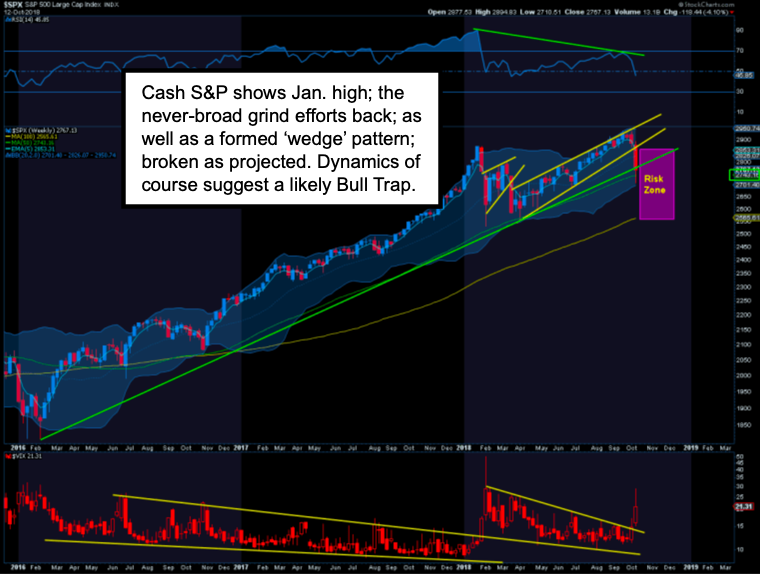 I joked that S&P was kind enough to wait for my return from Europe before FAANG really did begin breaking. but the fact is the inability to advance and selling-strength, at least by what are often called high-wealth investors or whales, was evident. Looking back at currency, credit, equity or shifts that we assessed, I suspect some of it was Chinese distribution.

Not so much a government-sanctioned liquidation. but wealthy Chinese liquidating U.S. equity holdings (some Treasuries too) in-order to cover their growing debts of a personal (or corporate) nature in China such as with housing. It’s taking a big hit there to the point (now) of rioting and protests.

In China you now have property and stocks both hit simultaneously. But it began more in equities. Now families who thought they diversified a bit between property and equities are more than perplexed. They may be just a bit shell-shocked. Because their assets are crumbling despite what might be normally considered reasonable precaution, including getting money to Canada or the U.S., which many wisely accomplished, for a while.

Overall, I didn’t intend to dwell on China’s situation (which contributes to a possibly-compelling need to work things out with the U.S. even if they see, correctly, mixed messages from various administration advisors. Thus, China really doesn’t know what the U.S. wants going forward. But it matters to them, and it should matter to us, and not just because of trade.

There is a lesson because of the over-concentration in equities relative to the household wealth and investments of Americans.

It’s not just pensions of course. It’s self-directed funds as well. And most who didn’t heed ideas to be fully long if Trump won but to build reasonable cash or buying power during this year’s earlier Rise & Repeat rallies. They are increasingly at-risk.