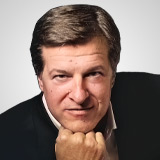 It almost feels weird typing those words, “more bullish,” given that the S&P 500 ETF Trust (SPY) had its best five-day period of the year, which went exactly as planned, states Jay Palosky of TPW Advisory.

We have been quite bullish and quite vocal about our outlook for a performance chase into YE, as the big three headwinds (sentiment, positioning, and seasonality) turn into tailwinds. Note that when S&P is up 20% or more through October, the last two months of the year average 6% return, versus 3% across all periods. So far, so very good.

My question pertains to the longer term, into next year and beyond. My Asian reopening morphing into a synchronized global economic expansion case seems to be playing out, judging from some pretty solid PMI data out of the region. China’s zero-Covid approach is generating some angst (for context, China has reported under 100 cases per day vs. 1,200 US deaths per day) but its October Service PMI was the best since July.

As I wrote in last week, we are in transition across Covid, climate, and the more temporary supply chain and energy price spike issues. Bloomberg’s Supply Chain Indicator suggests we are past peak, while leading logistics company CEOs note that we are, “through the worst.” European natural gas and China's thermal coal prices have been cut in half in a matter of weeks.

As these issues fade, I think it is worth contemplating the idea that 2022 will be a transition year to relative normality—or what passes for normal in a Covid, climate, analytical speed world.

A world where Covid & climate are with us, but as background, not front and center; where the short-term issues vexing us fade in the rear view mirror, would allow investors to contemplate a world of above-average GDP growth, above trend inflation & high nominal GDP growth, which begets solid margins and good earnings. Note JPM’s most recent EPS update highlighted how the second largest percentage of SPY constituents in the past decade have raised forward earnings guidance. Earnings beats have been strong in Europe and Japan as well.

I believe we could be on the cusp of a sustained period of above-average global growth, fueled in the short term by a massive and global inventory restocking, strong consumer demand from record household net worth levels on both sides of the Atlantic, a longer lasting cap ex boom (think infrastructure, climate proofing), and potential productivity surge, which supports higher wages and moderate inflation. The US analogue is the 1995-1999 period.

Here is an interesting data point: 2021 is tracking as the second-best year ever for daily new ATHs (roughly 60) for the S&P, second only to… Yes, you guessed it, 1995. Maybe that’s the signal amidst the noise...that both market & economic analogues are lining up.

Thus, even bulls like me may not bullish enough. As a synthesizer, I owe the question to my buddy JC over at All Star Charts, who first raised this question earlier last week. It got me thinking about my framework, and how JC’s question is EXACTLY the right question to be asking.

Over the past two years, I have really integrated technical analysis into my process, seeing it as a way to provide guardrails during an ahistorical period. As JC has pointed out, and I fully agree, crypto trades with a very clean supply-demand dynamic that lends itself to technical analysis. As we continue to expand TPWA’s thematic investing approach, technical analysis is also a good way to lean into new areas like climate, cyber, crypto, and the rest.

So, if I am correct about 2022 being an almost normal year, albeit one with above-trend global GDP growth and inflation, what would the global, cross-asset return profile look like? Keep in mind investors would still need to focus on the three main market transitions previously identified (from liquidity to earnings driven equities, from growth to value led equity markets, and from a UST bull to a bear market), but with both stocks and commodities in bull markets in a global economic cycle that is an arguably early, not late, cycle, the return profile may be more robust than one thinks.