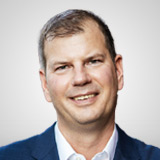 Trading demands top performance! In hardly any other profession are the psychological demands as high as in trading, explains Wieland Arlt of Torero-Traders-School.com.

This statement may sound trivial to some traders at first, but when it comes to trading psychology, fear and greed are always discussed. Also, from the perception biases known from behavioral finance are old acquaintances for experienced traders. But there is another often unnoticed consideration of trading psychology, which can have isolated but serious consequences for a trader: The trader burnout!

The Burnout in the Classic Working Life

It is well known that burnout can occur in almost all professions, levels, and social classes. A top manager can be just as affected by burnout as a cashier in the supermarket. What may seem difficult to understand and comprehend from the outside, is the result of emotional exhaustion due to professional overload.

The American researcher, Christina Maslach, describes burnout on the basis of three criteria:

The Burnout in Trading

That trading is a profession should be assumed at this point. Even those who feel committed to trading on the side have a profession alongside their job in this sense. Let us also assume that every trader has chosen his profession voluntarily. In fact, it would be unusual for anyone to have been forced into this profession.

But how can burnout occur if a profession is exercised voluntarily? How can the meaning be lost if every trader fills his trading activity with meaning himself?

Let's take another look at the three criteria for burnout. First of all, we are talking about emotional exhaustion.

It seems easy to understand when we consider that learning to trade is a time-consuming and tedious affair for most people. Driven by the desire for financial and personal freedom, many a day and weekend is put at the service of trading. A sacrifice that traders are happy to make, because they have a concrete goal in mind, the achievement of which is worth a certain effort.

But what if the desired result does not occur? What if the effort in the form of time and money is not compensated in any way? What if learning this activity requires not only months, but years and, in addition, regular and in total high losses occur? Then one's own actions will be questioned sooner or later.

When the hope of profits is regularly followed by disappointment over losses that occur; when we traders repeatedly fall from a mood high into a mood low. Then, this is quite understandable.

Anyone who has been involved in trading for a while knows that hope and disappointment are regular alternating companions in everyday trading. Not only that there may be a certain disappointment when success ultimately does not work out as desired. This rather global disappointment is one thing, but it does not necessarily have such serious consequences. According to the motto "At least I tried", many leave the topic of trading to the left and turn to other things.

Much more important is the daily attrition of an ambitious trader. The many small disappointments in the market. A position is opened that does not develop as desired. Maybe it runs into a loss, maybe a small profit is made. But maybe the trade is finally closed at the deuce after an exhausting back and forth.

It's not just the mere fact that the hoped-for result didn't happen that contributes to the demoralization, but also the realization that the time and attention invested in the trade was ultimately a bad investment.

If we now imagine that there is not only one trade in a trading day, but that there are a multitude of trades that throw a trader into this rollercoaster of emotions every time, then it is obvious that at some point emotional exhaustion sets in.

Namely, exactly then, when at the end of the day the realization breaks through that not only no profits have been made, but losses have been incurred and, in addition, that one has supposedly "sat around uselessly and inactively", then the frustration level rises continuously to the point of burnout.

Finally, to make things even worse, a look at the social media helps. What a wonderful feeling to read in the evening that everyone else has apparently been able to use their time and capital more profitably than you have!

Hand on heart: You have surely experienced moments in trading that could only be endured with cynicism, right? For example, there is the trade that ends with a point in the stop loss, only to run in the desired direction. "Oh great, what a f... !"

While the one then looks for the culprit in the market: "They all fish off the stops...", the other sees the broker in the duty: "They see my order. Of course they're working against me..." Others see the market as a global conspiracy: "You don't stand a chance against the Big Boys, they do what they want with you...".

What else comes to mind when we feel as quasi powerless and without opportunities. The individual trader as a plaything of the markets and the victim of the manipulation of dark forces, so to speak. Apart from cynicism, there is not much left.

And so we retreat into victimhood, inwardly distancing ourselves from an event that we are supposedly unable to control. "I don't stand a chance!"

Alienated from the market, we try to protect ourselves. Powerless as the individual is, we then try to make the best of these perceived adverse circumstances. In the end, however, we are sure: "This has nothing to do with myself. "

And so, after an unfortunate stop event, the third party is blamed instead of checking one's own rules and setups. Instead of looking for a re-entry, people then rant about the unfairness of the market and regret their own misery that the market is now once again running without their own positioning.

That such behavior and thought patterns are harmful to one's own psychological well-being in the long run is obvious. That cynicism and aloofness do not lead to the desired success, but even prevent it.

No Sense, No Performance—Also in Trading?

No sense, no performance. This statement can be left as it is, at least in traditional professions. It is not for nothing that managers learn in management seminars to always communicate the meaning behind a task or a project to their employees. Why? Because we humans want to know what and why we should be committed.

Of course, we can ask ourselves the same question in trading. "Why should I do this to myself?" Those starting out in trading will have more than one answer ready for this. But those who have had to fight hard in the market over a longer period of time may be a bit more hesitant in their answer.

And it is only logical that a trader who regularly fails to achieve success will at some point no longer attribute this to market movements or inadequate position management, but will instead pin this specifically on himself. Instead of having confidence in the chosen strategy and applying it according to the rules with every suitable signal, the person concerned turns away from the matter and towards the person. He loses confidence. Not only in the strategy, but even worse: in himself.

So instead of soberly realizing, for example, that the expected breakout in a sideways market simply can't run into profit, the trader turns his emotion on himself: "I just can't do it!" or "There's no point to any of this anymore!"

Let's conclude: trader burnout affects us all. One is perhaps a little more susceptible than the other. But none of us is immune to it. So how can we best protect ourselves from sliding into burnout? This question will be addressed in the second part.